A romantic night on the sofa just can’t be beaten in winter but if you choose the wrong films to watch your date may just fall asleep.

For us ladies it really needs to be a romantic “chick flick” for us to get that snuggle in feeling, which let’s be honest guys is what you are trying to achieve.

So bite the bullet, leave the terminator films at home and rent one of these if you want your date to cuddle in close and get all romantic with you.

Trust me guys, some are actually worth a watch even if you aren’t a “chick”, I have chosen films I think are watchable for men as well as favourites for us women.

Dim the lights, throw some popcorn in the microwave and grab a warm blanket to snuggle under on the sofa, then press play and watch your date melt in your arms. 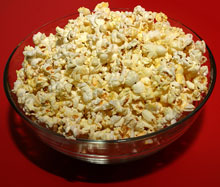 Tells the tale of love found and lost in the turbulent Russian Revolution. Watchable for men because it deals with the choices a man must make between duty, his morals and love. Watchable for women because of the depth of love and passion portrayed.

No 9 – An Officer and a Gentleman

Watchable for men because it has a story to it outside the romantic falling in love scenes, with a look at the angst of a young man trying to better himself by joining the air force.

Anyone can watch this, it has the true story of that fateful ship and the tragic events that led to so many deaths. It also has the romantic story of two young people falling in love on the cruise then losing each other … keep the tissues handy.

An unusual film in that you see it twice, each time depending on whether the main character (Gwyneth Paltrow) decides to catch a London train or not. It is a look at fate and how a simple choice can lead us to love and happiness or not.

One of my all time favourite romantic films, I can watch it again and again. The story is set in the medieval city of Aquila. It has knights and swordfights to keep the guys interested but tells the tale of a knight and his lover that were cursed by a Bishop so they can never see each other in human form. By day the knight travels with his hawk (his cursed lover) and by night she becomes human and he becomes a wolf. Will they ever find a way to lift the curse and be together again?

It may seem a strange choice but the comedy is fantastic and the fairy tale romance makes us girls long for a big strong man to protect us. We also love the idea that beauty is not paramount when falling in love. It is an animated film about an ogre that reluctantly saves the Princess and of course wins her heart. The donkey (voiced by Eddie Murphy) is where the comedy comes to life.

A quirky tale of a woman and her daughter opening a chocolate shop in France and the rigid morality within the village that opposses her. Love arrives in the form of Johnny Depp as a roguish traveller. Not the usual sloppy romantic stuff so easily watchable for men.

No 3 – The Last of the Mohicans

Ask any woman who has seen the film what Daniel Day Lewis says to Madeleine Stowe under the waterfall and she will reply “I will find you”, no matter how long ago she saw the film. There is enough violence and adrenaline to keep the men happy as three trappers try to defend a Colonels daughter but plenty of heart wrenching romance for the girls.

No 2 – When Harry Met Sally

Now come on who hasn’t seen that famous cafe scene where Sally proves how easy it is to fake it?! Men can enjoy this film for it’s comedy but women love the romance. It is the story of two people who have been friends for years and are scared to get involved in case it ruins their friendship. A must see for men and women.

No 1 – Four Weddings and a Funeral

A typical British film, packed with comedy and drama. The title says it all really, it’s about a group of friends that attend four weddings and a funeral. Down to earth look at friendhip, love and that one love that can never be. An absolute must see for everyone.