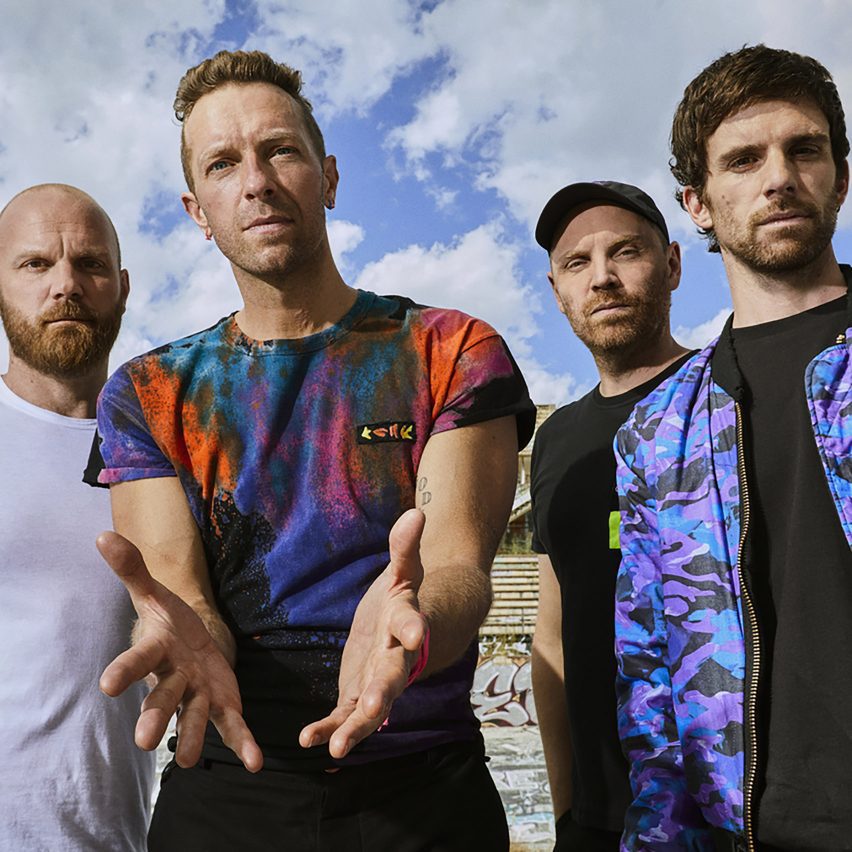 Coldplay has announced its next world tour will have a net-zero carbon footprint and released a sustainability plan that includes direct-air carbon capture technology by Climeworks.

The British band accompanied the announcement of its Music of the Spheres tour with a detailed list of environmental initiatives that it said would reduce carbon emissions by 50 per cent compared to its last tour.

It also pledged to use various carbon-removal methods to offset the remaining carbon emissions.

"We have set ourselves a science-led target of 50 per cent reduction in our CO2 emissions using the 'absolute contraction' method," the band said.

"We pledge to drawdown any unavoidable emissions according to the Oxford Principles for Net-Zero Aligned Carbon Offsetting."

The plan includes a partnership with Swiss company Climeworks, whose machines remove carbon dioxide from the air and store it safely or package it for commercial use in products such as fizzy drinks.

Climeworks is the only technological carbon removal approach included in the plan, which otherwise focuses on nature-based options such as reforestation, rewilding, soil restoration and seagrass meadow restoration to offset emissions generated by the tour.

"Coldplay has announced their next tour Music of the Spheres World Tour to have at minimum a net-zero carbon footprint and as such have built a portfolio of solutions to help them achieve this goal by the end of the new touring cycle," said Climeworks in a statement.

Coldplay's target of a 50 per cent reduction in emissions is in comparison to the band's most recent tour in 2016-17.

To achieve this, it will power its concerts through fully renewable energy, generated by solar installations, waste cooking oil, a kinetic stadium floor and electricity-generating power bikes that fans can use to actively charge the show battery.

This first-of-its-kind mobile rechargeable show battery will charge the show with renewable energy and was made in collaboration with BMW from recyclable BMW i3 batteries.

To reduce emissions from transport, Coldplay will avoid charter flights and pay a surcharge to use or supply Sustainable Aviation Fuel (SAF.) The fuel is made from renewable waste materials.

It has also pledged to adapt the show design so that local equipment and materials can be used as much as possible, minimising freight emissions, while the stage will be built from low-carbon, reusable materials including bamboo and recycled steel.

Each venue will be provided with a "sustainability rider" setting out the best environmental practices, while fans will be encouraged to use low-carbon transport to and from the shows via an official tour app that rewards them with discounts.

To compensate for all the tour emissions that could not be cut, Coldplay's plan also includes a portfolio of mostly nature-based measures to remove and store carbon from the atmosphere.

Climeworks said Coldplay chose to use its technological approach to carbon capture because the band was "convinced by its permanence and measurable benefits".

"It is already proven that carbon removal at scale is a must on the current emissions pathway and technological solutions will be needed," said Climeworks co-CEO and co-founder Christoph Gebald.

"We are very inspired to see public figures like Coldplay seizing the magnitude of the challenge and acting boldly by working towards ambitious emissions reduction and removing the unavoidable part."

Coldplay announced in 2019 that it was quitting touring until it could find a way to do it more sustainably.

The band has spent the intervening time developing this plan, which also includes sustainable pyrotechnics and biodegradable confetti and is detailed in full on the band's website.

"We've spent the last two years consulting with environmental experts to make this tour as sustainable as possible, and, just as importantly, to harness the tour’s potential to push things forward," said Coldplay.

"We won't get everything right, but we're committed to doing everything we can and sharing what we learn. It's a work in progress and we're really grateful for the help we've had so far."

Coldplay has a partnership with climate change researchers at Imperial College London's Grantham Institute to quantify the impact of the tour on the environment.

The Music of the Spheres world tour will start in Costa Rica on 18 March 2022 and then travel to the Dominican Republic, Mexico, USA, Germany, Poland, France, Belgium and the UK.