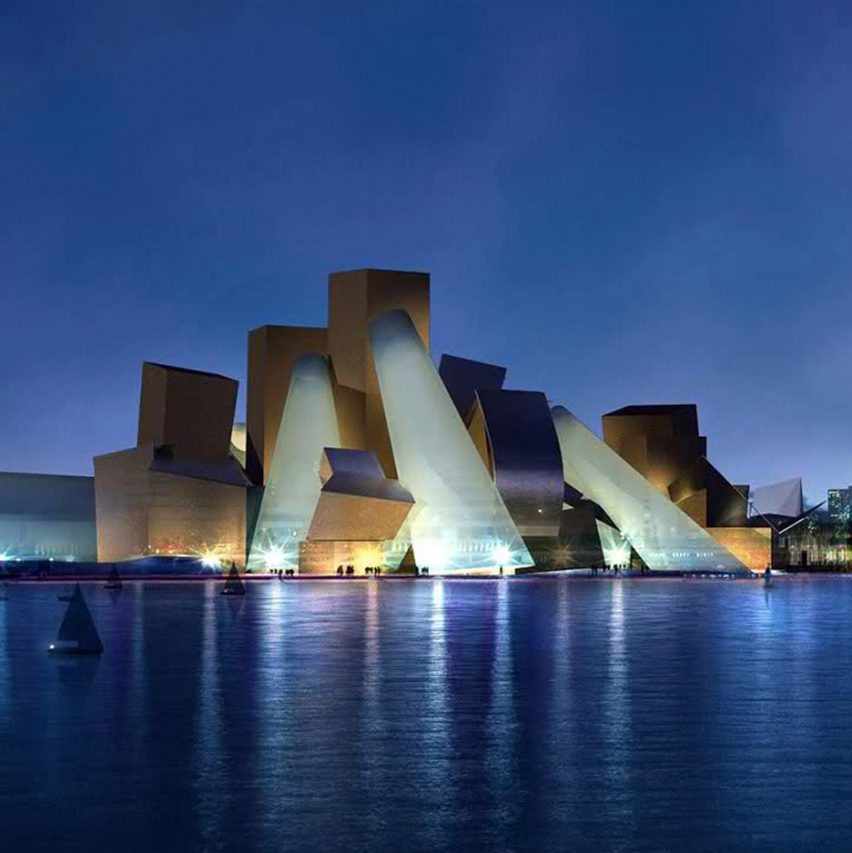 The long-awaited Guggenheim museum in Abu Dhabi by architect Frank Gehry is set to open in 2025, nearly 20 years after plans were unveiled and 14 years after construction began.

Guggenheim Abu Dhabi is currently being constructed on Saadiyat Island – a cultural district under development off the coast of the UAE capital.

At 42,000-square-metres, the museum will become the largest of the four Guggenheim outposts, overtaking Guggenheim Bilbao that Gehry also designed.

"It is truly thrilling to see this project enter into this new phase," Gehry said.

"I hope that this building is embraced by the people of the UAE and that this work will endure as a landmark for the country for many years to come."

Plans for the Guggenheim Abu Dhabi were first revealed in 2006 and work began on site in 2011, but it was then suspended for several years.

The news of its opening date, revealed by Abu Dhabi's Department of Culture and Tourism, comes two years after the Guggenheim Foundation confirmed construction was restarting.

Gehry's design for the museum comprises a cluster of galleries of varying heights, shapes, and characters.

It will also contain a centre for art and technology alongside a children's education facility, archives, library and conservation laboratory.

Once complete, the museum will be operated by the Guggenheim Foundation but owned by Abu Dhabi's Tourism Development & Investment Company, which commissioned the project.

It will form part of a larger complex of arts and cultural institutions on Saadiyat Island that is intended to establish Abu Dhabi as a major cultural destination.

Other buildings on Saadiyat Island include Jean Nouvel's Louvre Abu Dhabi, which was the first outpost of the Musée du Louvre outside France.

The Zayed National Museum by Foster + Partners is also under construction there, alongside a performing arts centre by Zaha Hadid Architects, a maritime museum by Tadao Ando and The Abrahamic Family House by Adjaye Associates.

In 2014, there was a competition for the design of another Guggenheim museum on Helsinki's waterfront. The winning design was a cluster of charred timber pavilions linked by garden patios by Moreau Kusunoki Architectes.

However, plans for the museum proved controversial, with some critics describing it as a vanity project. Two years later it was scrapped after the Finnish government refused to allocate funds.

Elsewhere, Gehry recently completed The Tower, a stainless steel-clad arts building for Luma Arles. At its opening, the architect told Dezeen that it is designed to fit in with both the ancient Roman city and today's environmental agenda.

"I respond to every fucking detail of the time we're in," said the 92-year-old at the time.