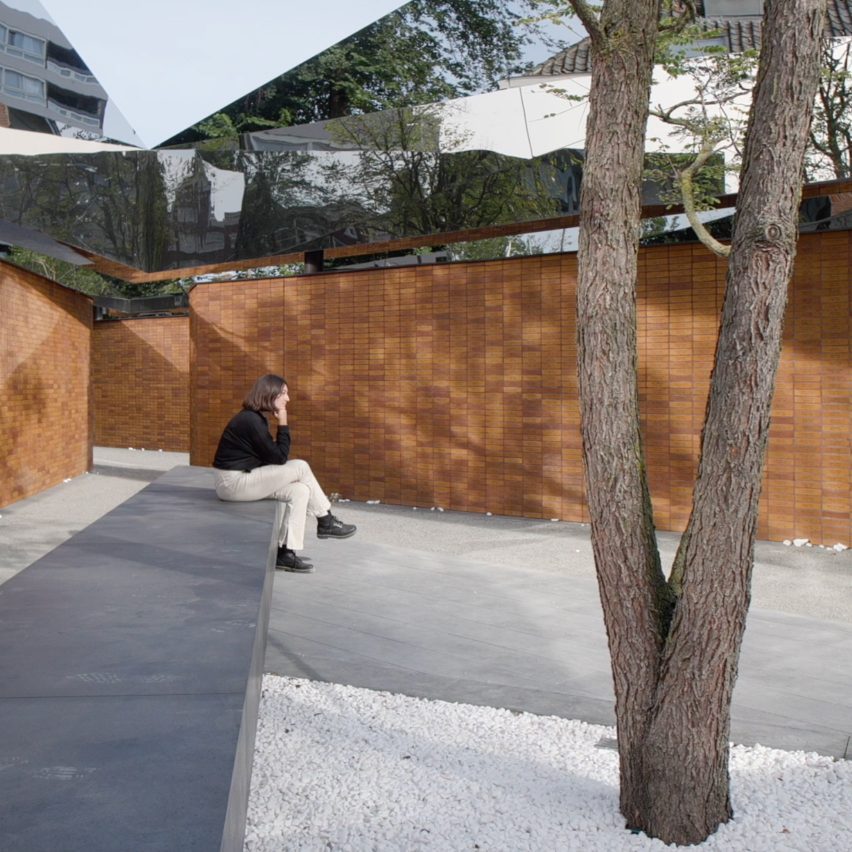 This video guides viewers around a memorial by Studio Libeskind in Amsterdam, the Netherlands, which is dedicated to the Dutch victims of the Holocaust.

The Dutch Holocaust Memorial of Names was designed by Studio Libeskind with local office Rijnboutt to honour the 102,000 Jews, Sinti and Roma people who were killed by Nazis during the second world war.

It is characterised by a labyrinth of brick walls inscribed with the names of these victims, giving the monument its title. However, there are also 1,000 blank bricks to honour those who remain unknown.

Crowning the brick walls are a group of angular mirrored volumes, modelled by Studio Libeskind on four Hebrew letters.

In the video, these mirrored elements can be viewed together from above, where they spell out the Hebrew word for "in memory of".

Find out more about the Dutch Holocaust Memorial of Names here ›

The video is by Stijn Poelstra.