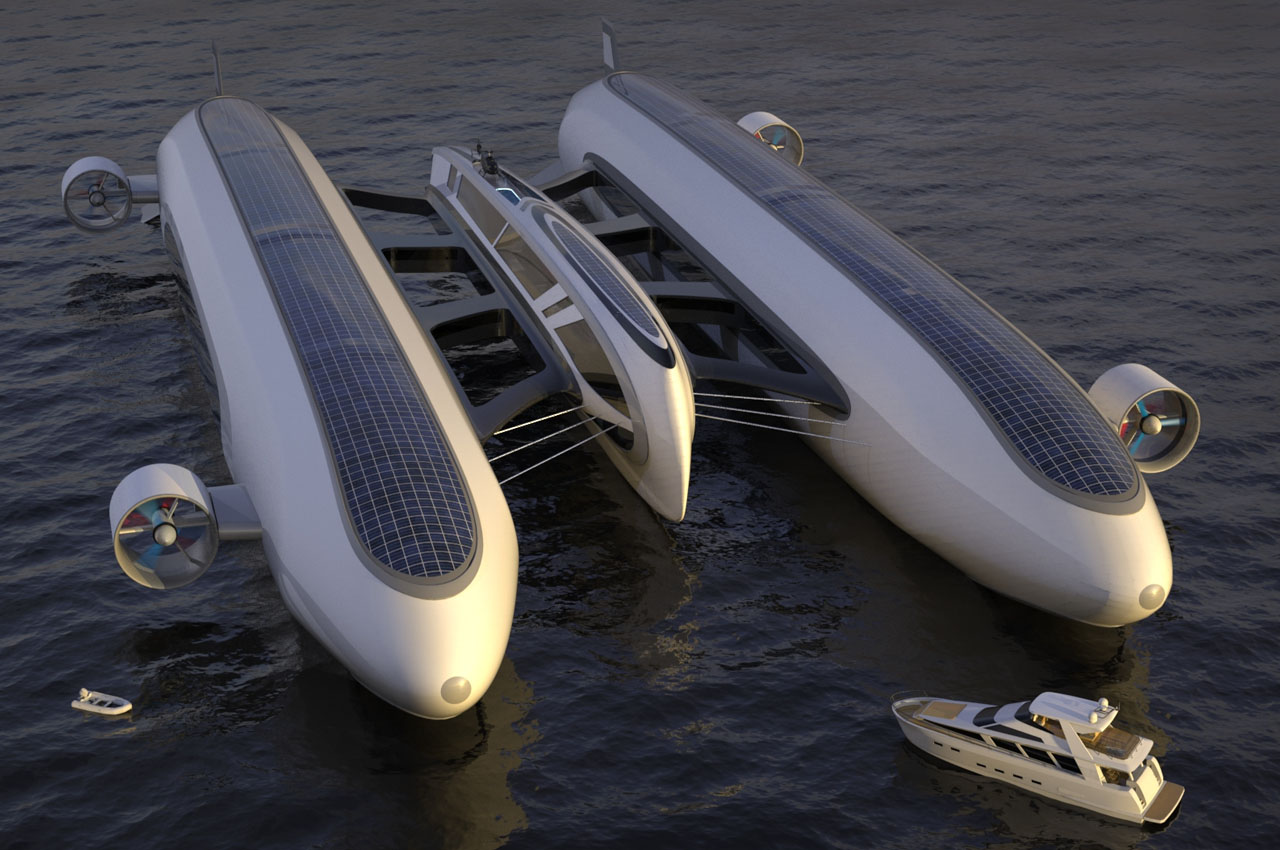 Italian design outfit Lazzarini Design Studio is known for its larger-than-life concepts that give us a deep dive of transportation in the future. Their new concept design breaks all the confined barriers of propulsion on water and in the air, taking things to the next level with the Air Yacht.

This compressed helium-powered flying yacht (yes, an airborne yacht!) is targeted towards private owners who will stop at nothing, and push the envelope of adventure – laden in luxury and style. The mega yacht (or should I say a big catamaran) measuring 492 feet will be a revolution in the aviation industry with its twin airships filled with helium. These gigantic airships will be connected via a central carbon deck measuring 33 feet wide consisting of a master cabin, living area, and a large dining section. The outer edges of the airship have five en suite staterooms each, so taking along best buddies for the adventure of their lifetime is certain. 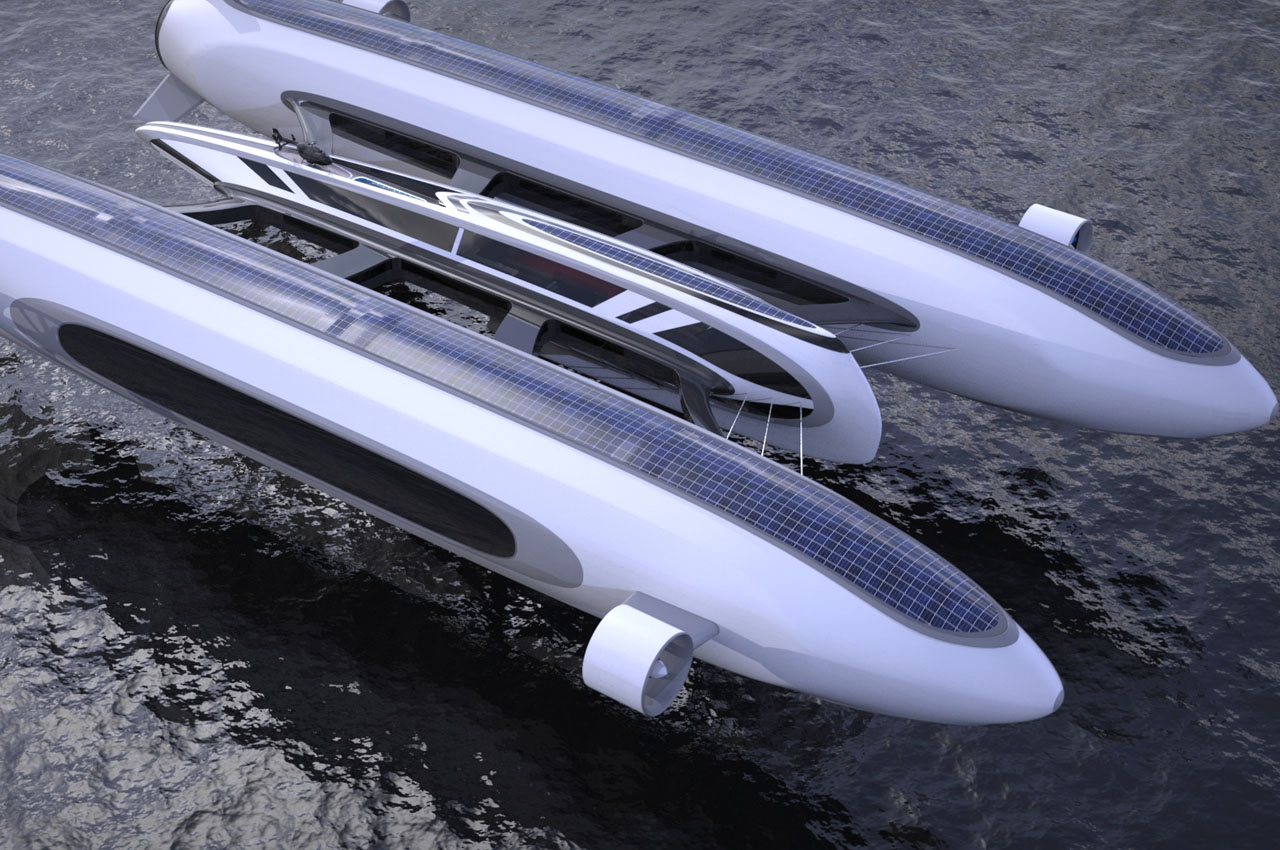 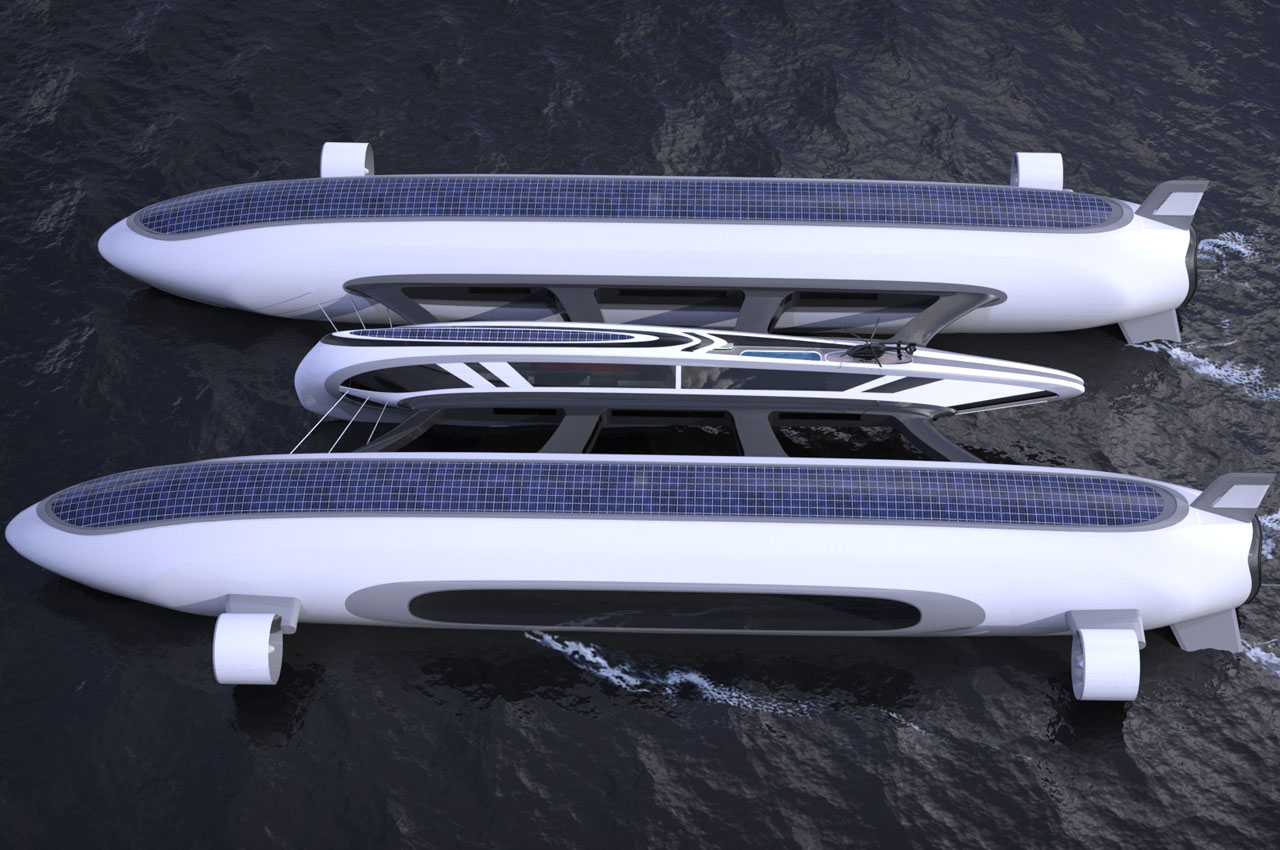 Propulsion assistance for the airship is actuated via the solar panels on top. The ultra-light batteries store power and deliver it to the eight contra-rotating electric rotors on the side when required. To propel such a large airship a huge amount of helium gas is required, and the Air Yacht stores it in honeycomb-like hives holding close to 14.1 million ft3 of compressed helium. As a result, this craft can fly for 48 hours non-stop, at a speed of 60 knots! 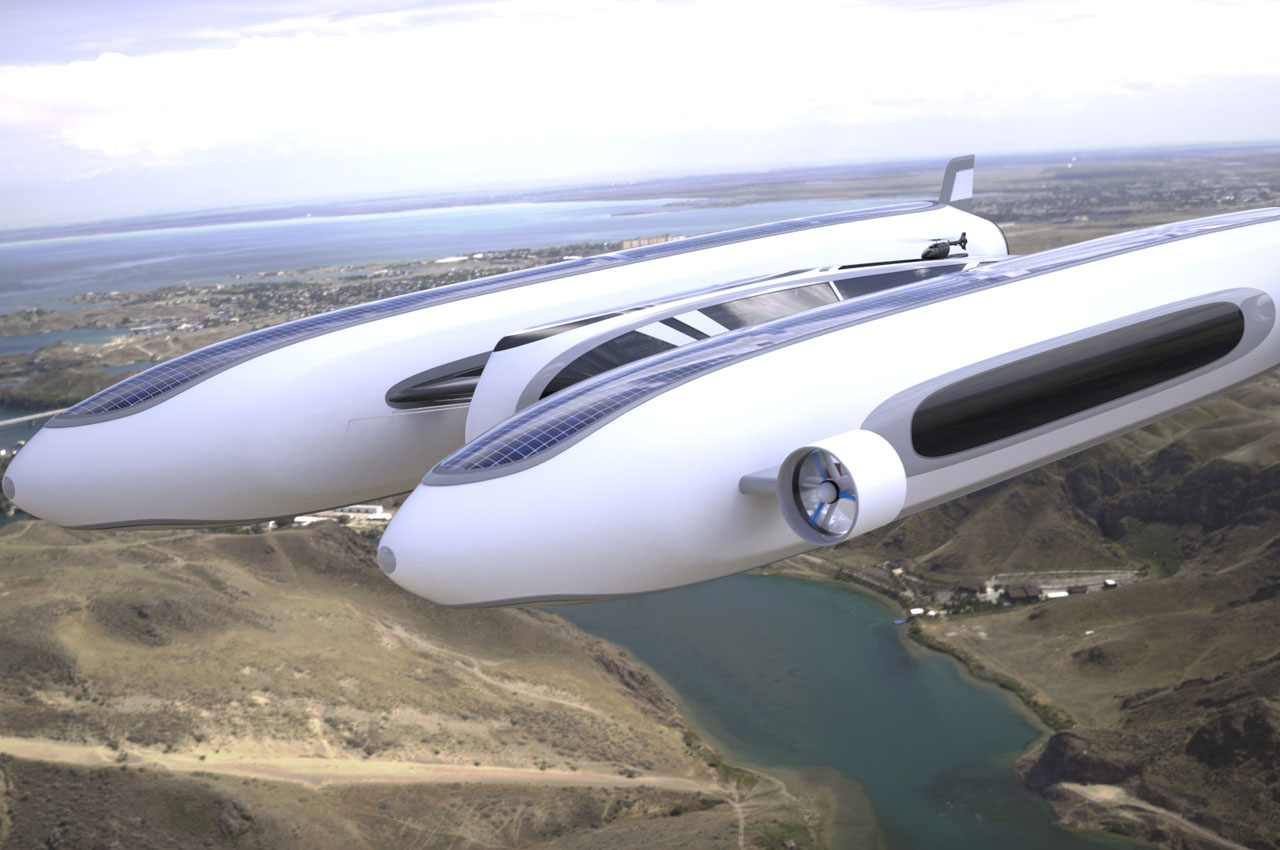 The filthy rich can also have the optional Helipad to extend their adventure into places where the Air Yacht cannot go due to its huge size. Right by the helipad is an exquisite swimming pool for sun-soaked leisure days. All these features make this flying vessel an exclusive possession for the affluent whenever someone is enchanted by Lazzarini Design Studio’s ideation. When it’s time to land the rotors shift the position downwards for the needed thrust to land smoothly. The helium is depressurized and the ballast anchoring system keeps it steady on the water while being propelled forward at a speed of 5 knots. 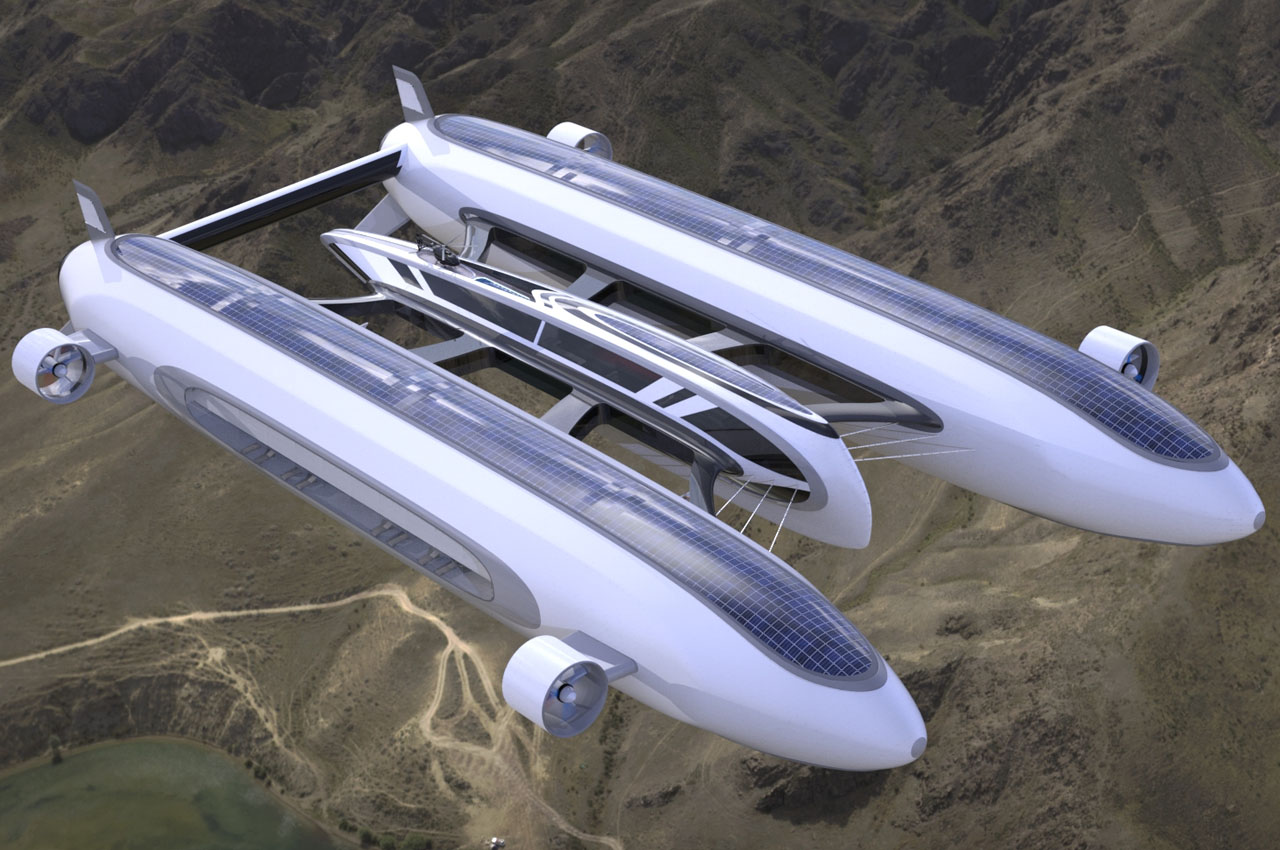 Having talked of all the advantages of such aircraft, we also have to dig our memories and remember the LZ 129 Hindenburg disaster. The perils of highly inflammable hydrogen gas have been replaced by non-inflammable gas for a safer journey while being airborne. But the gas leaks and the whole rig coming down crashing on the ground due to lack of adequate helium pressure in the airships cannot be counted out. But at face value, this aircraft is absolutely something the future will take with both hands open. I just hope, the advanced future technologies will solve the little loopholes with such aircraft for safer expeditions. 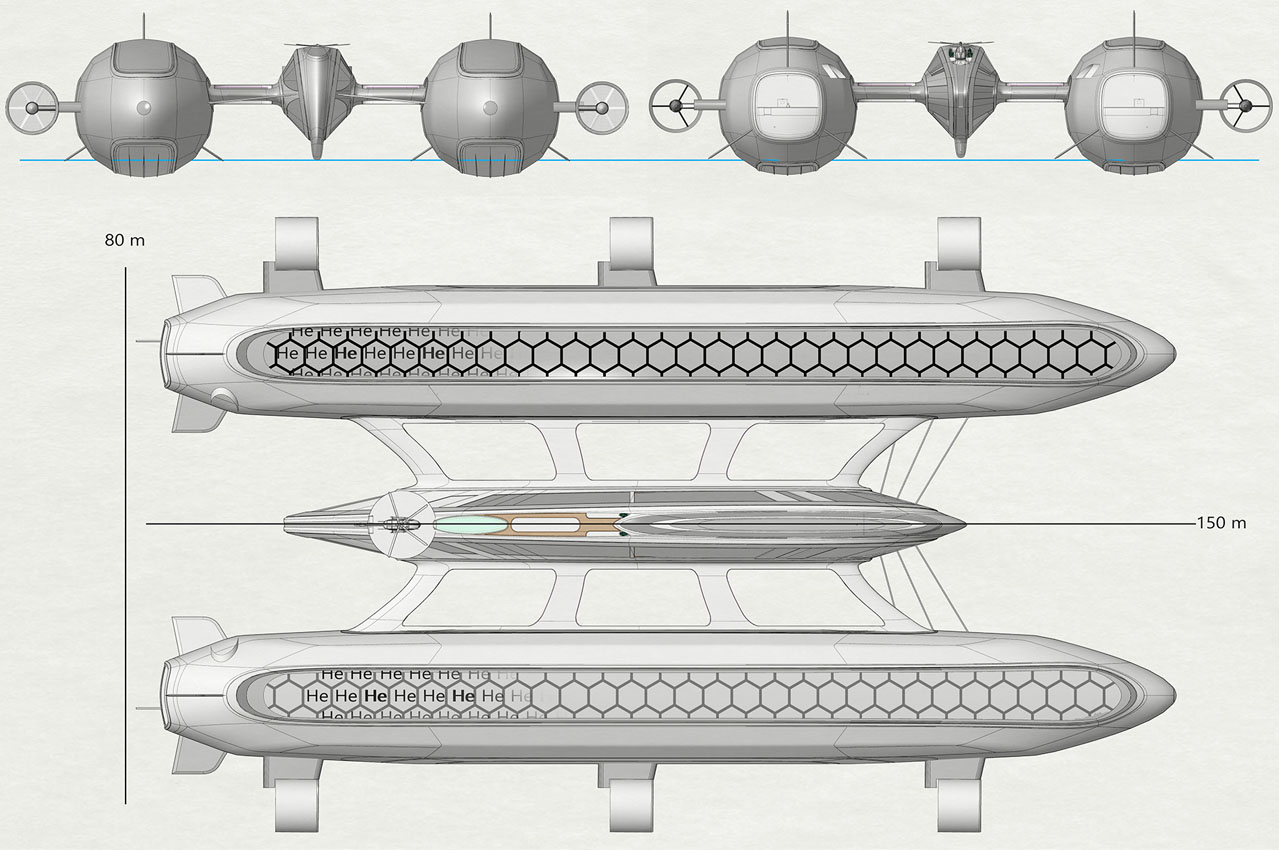 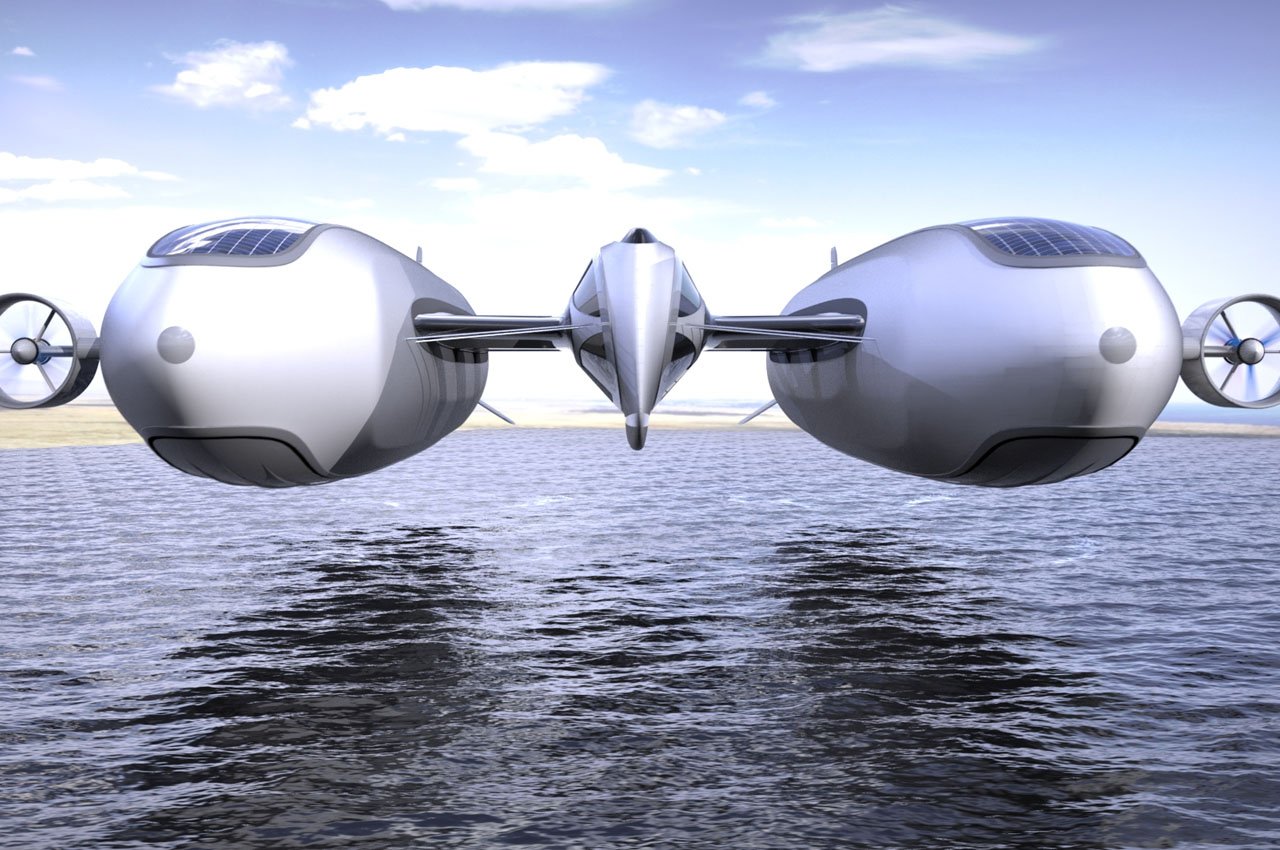 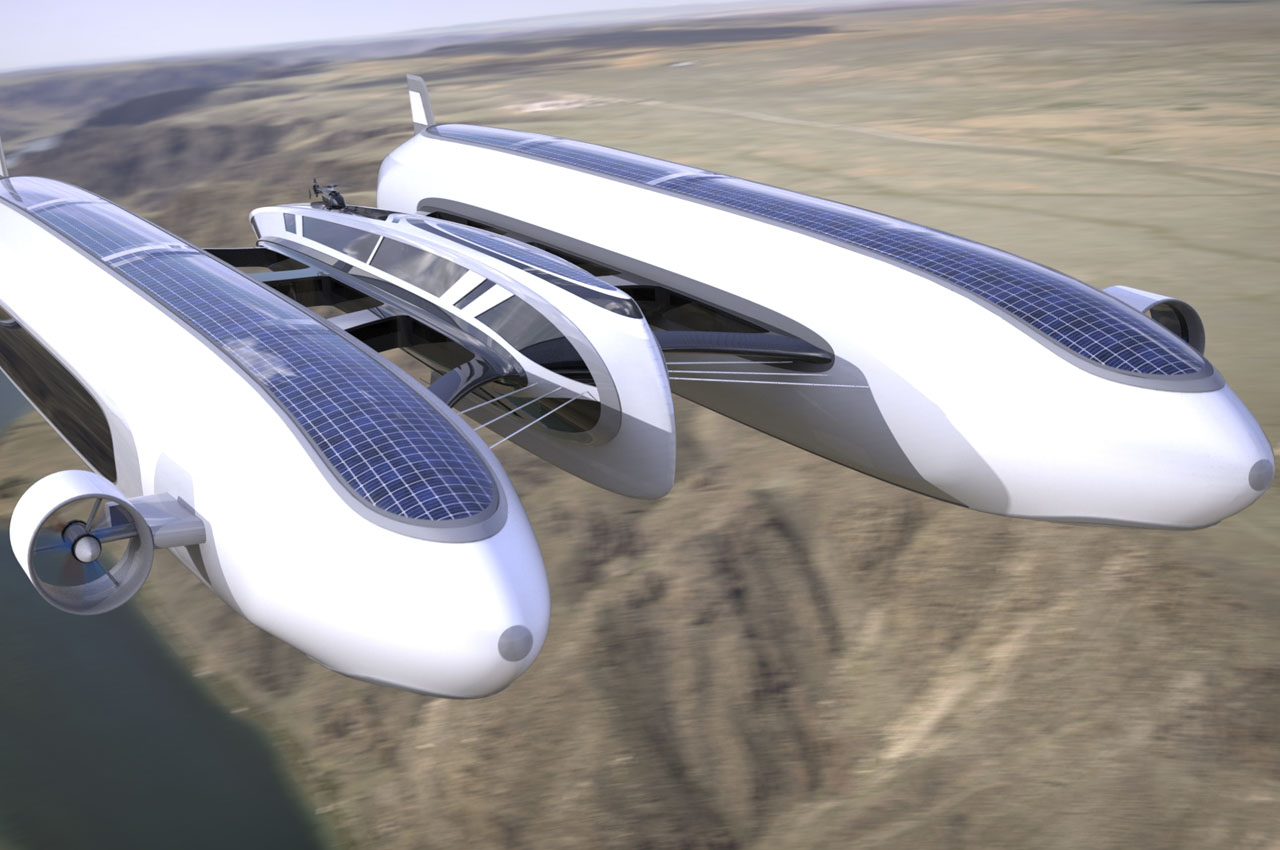 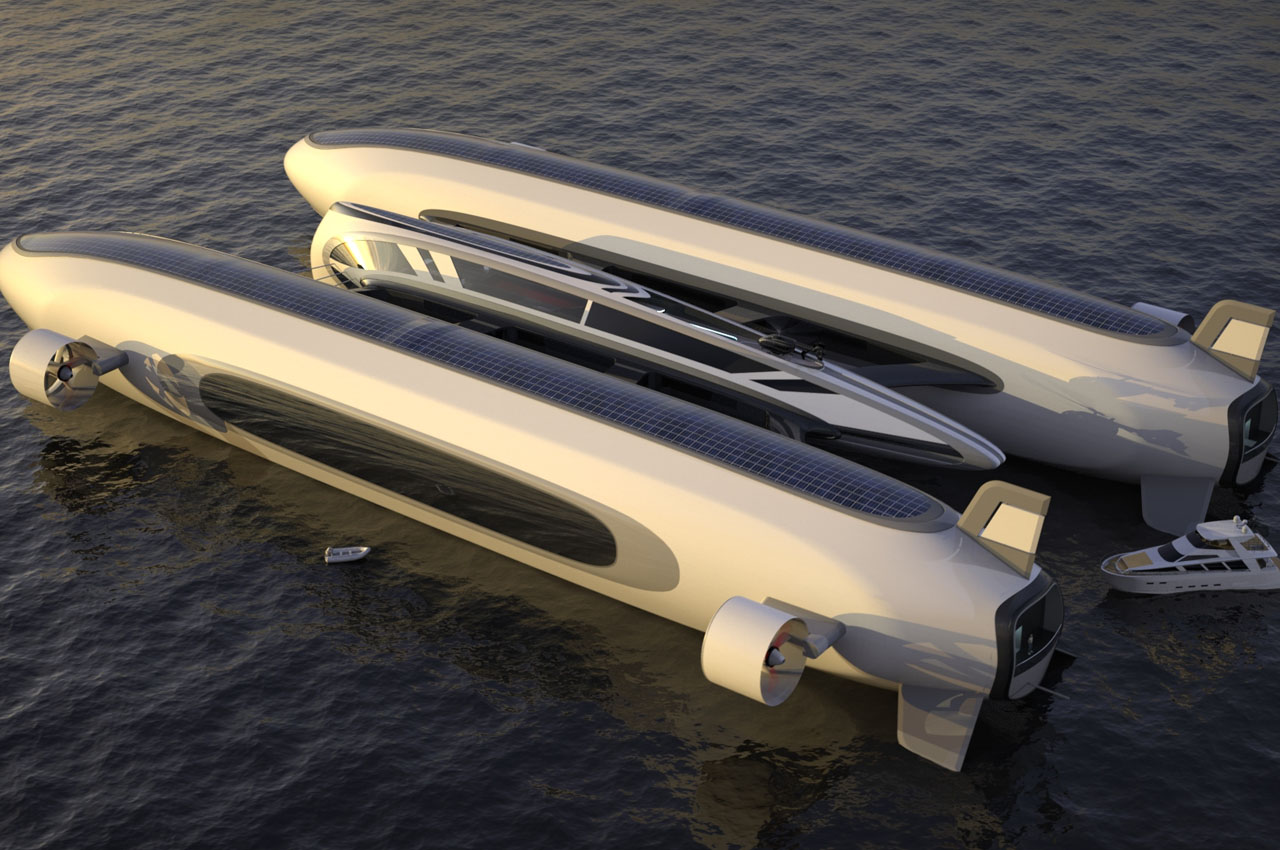 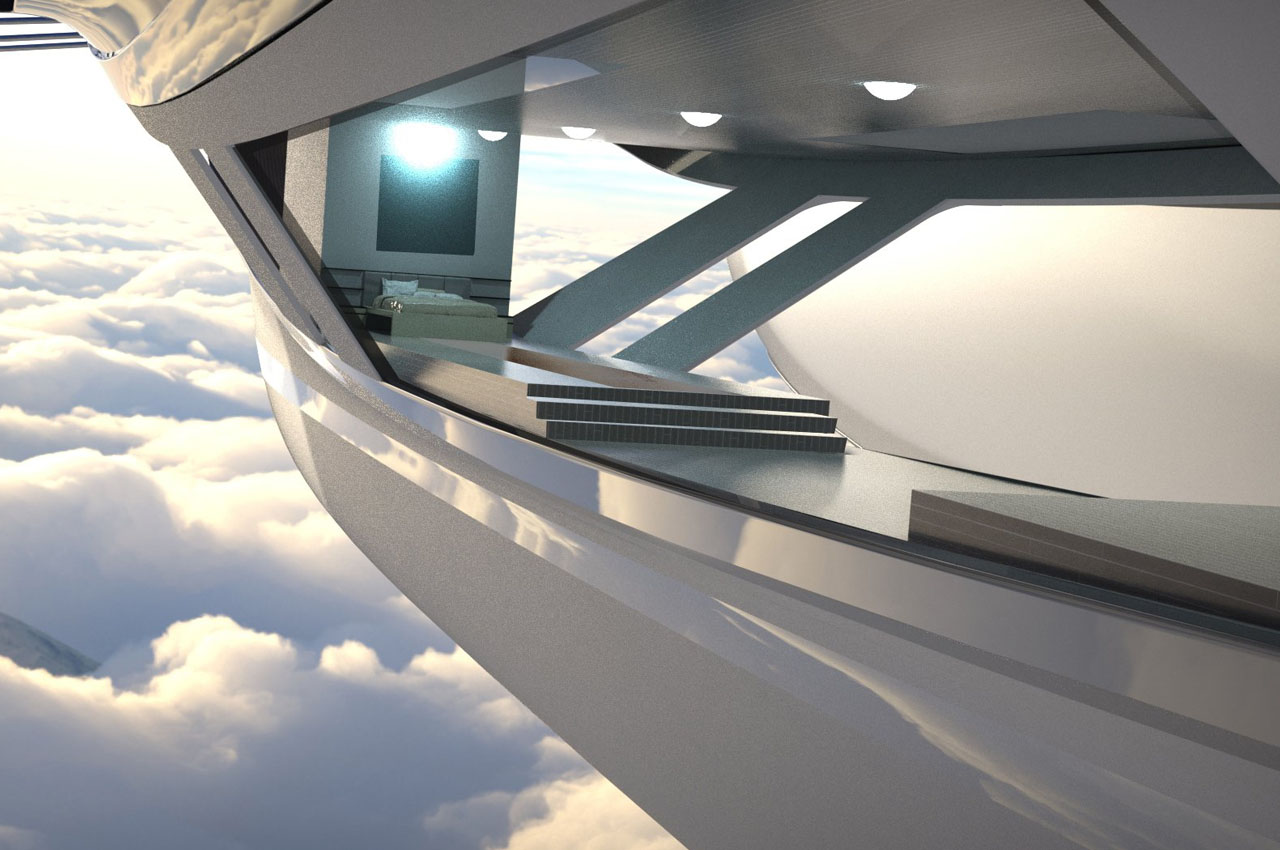 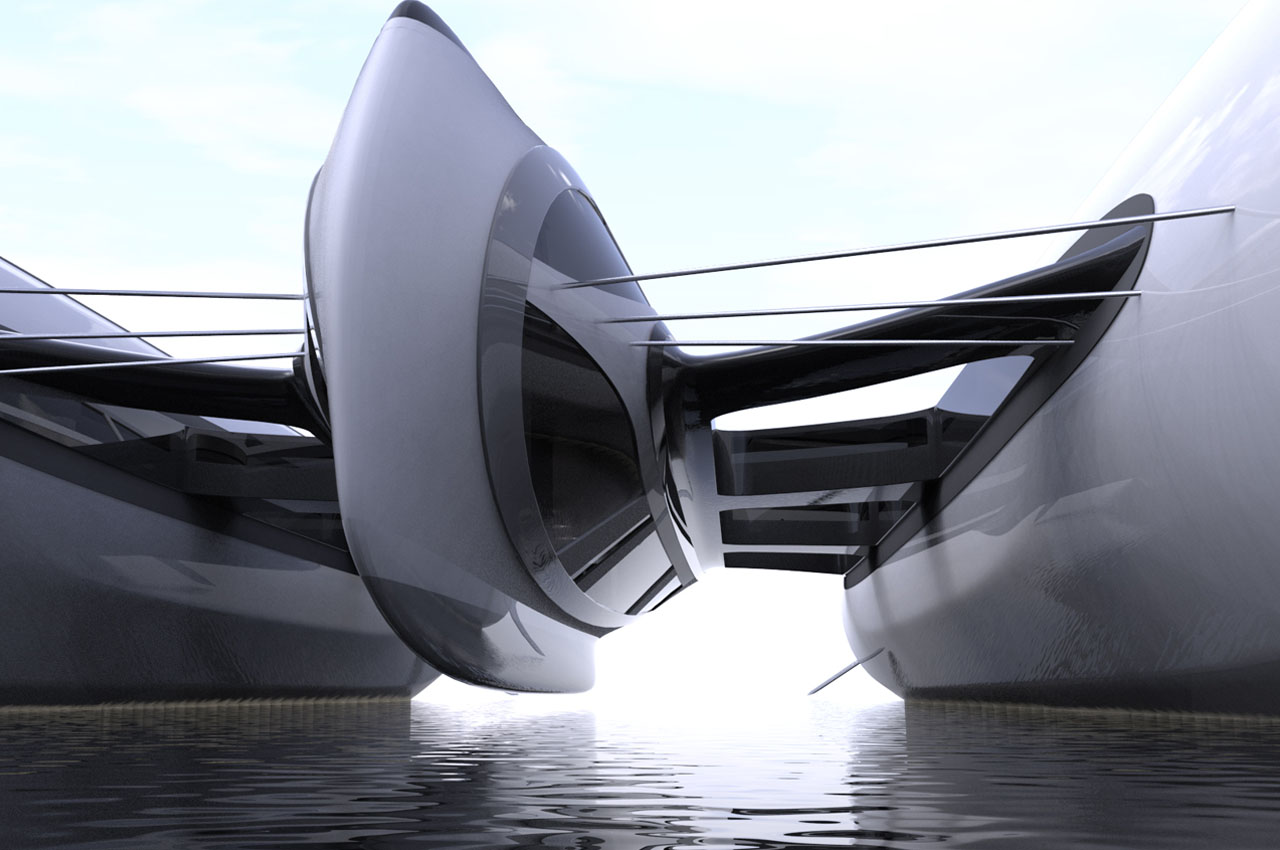 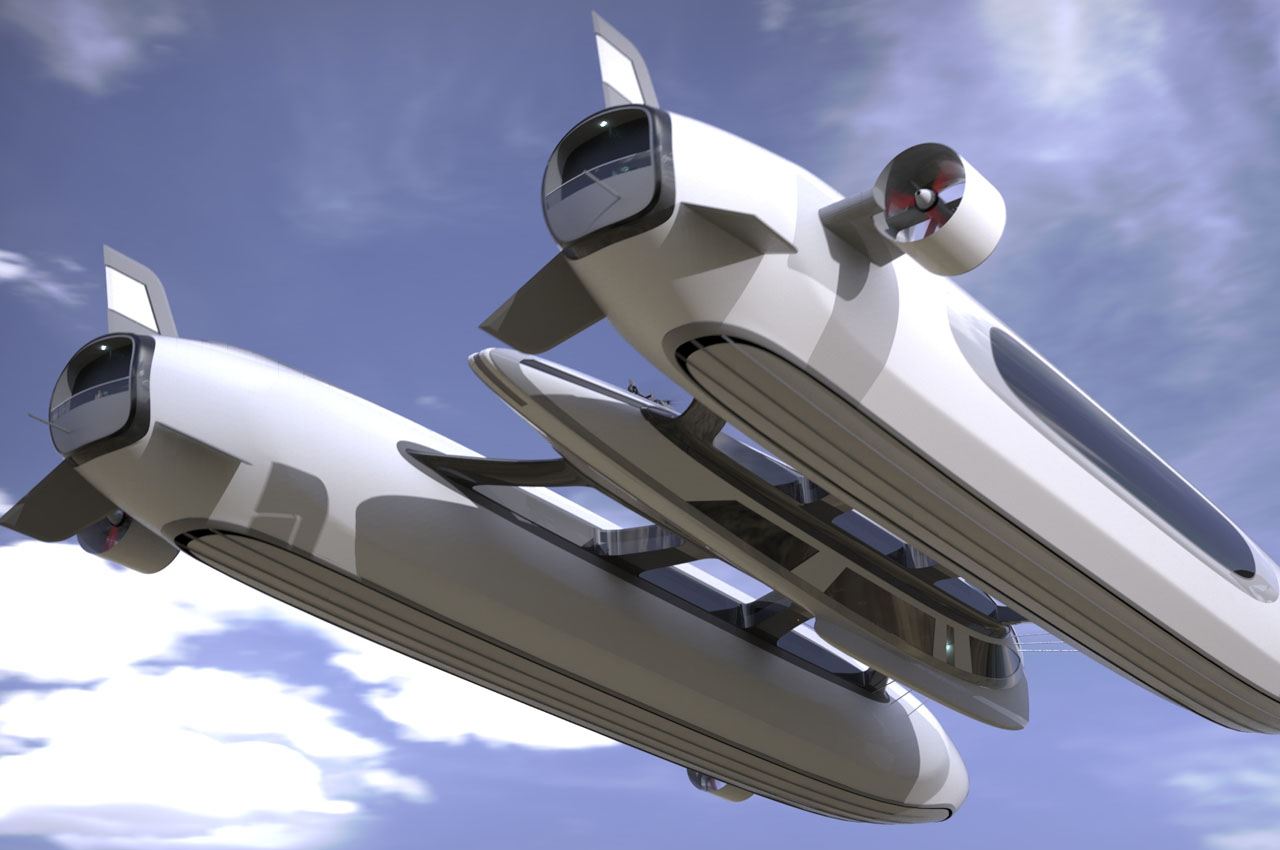 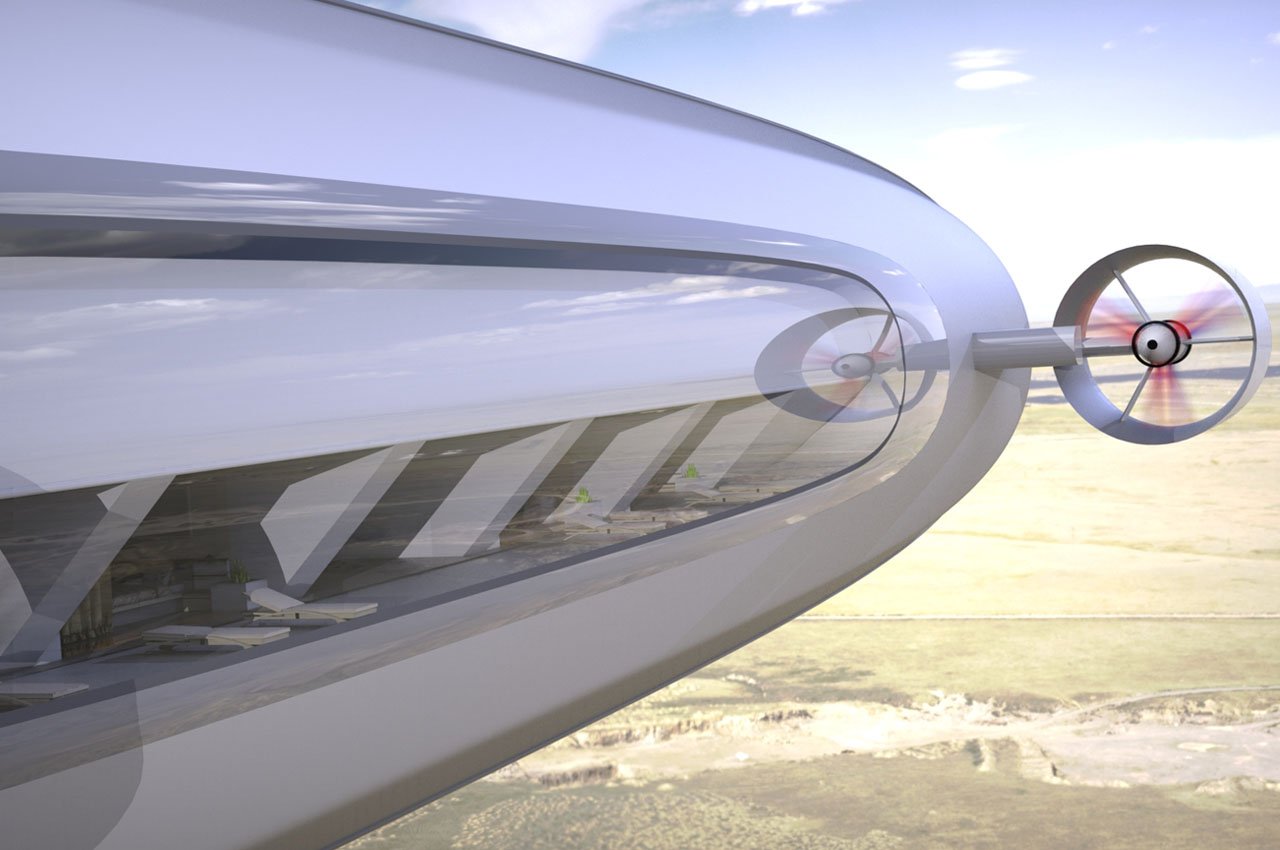 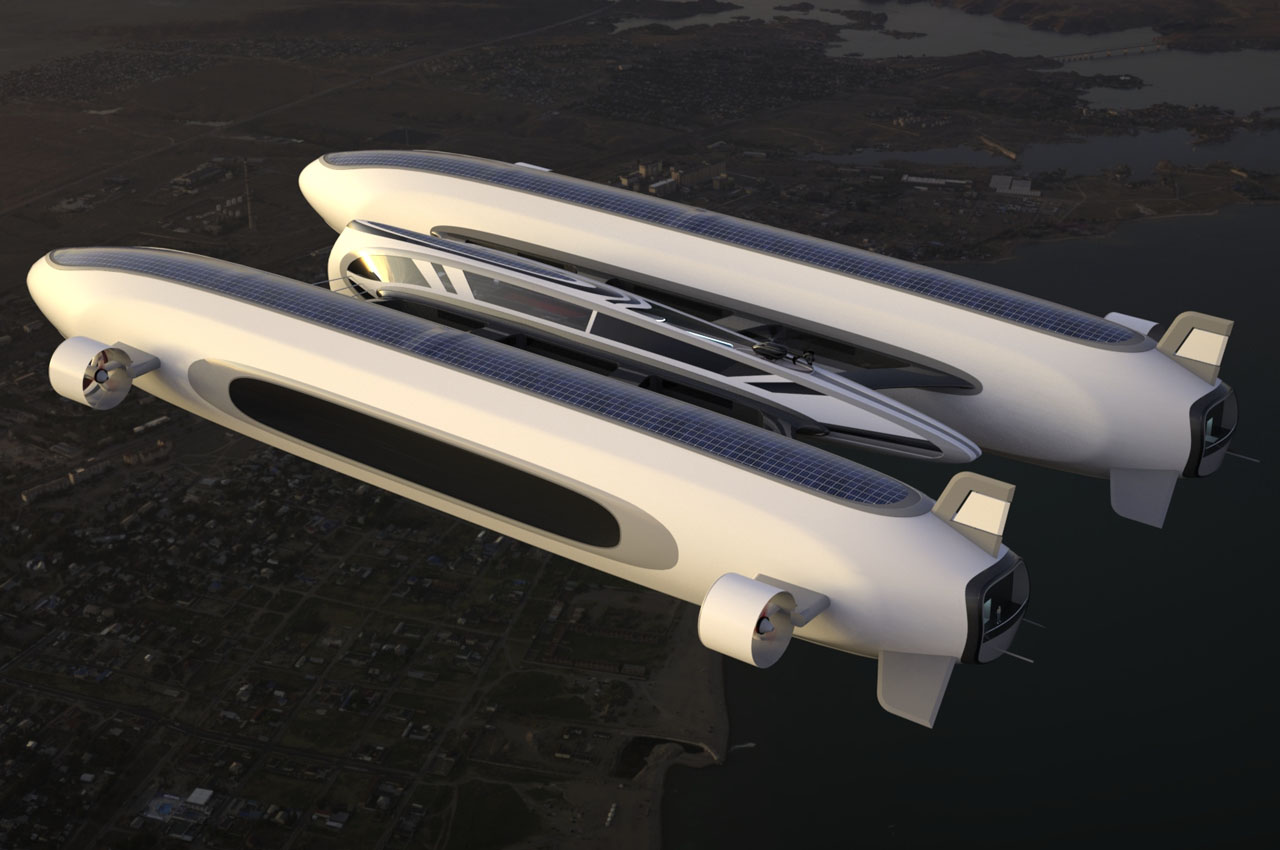 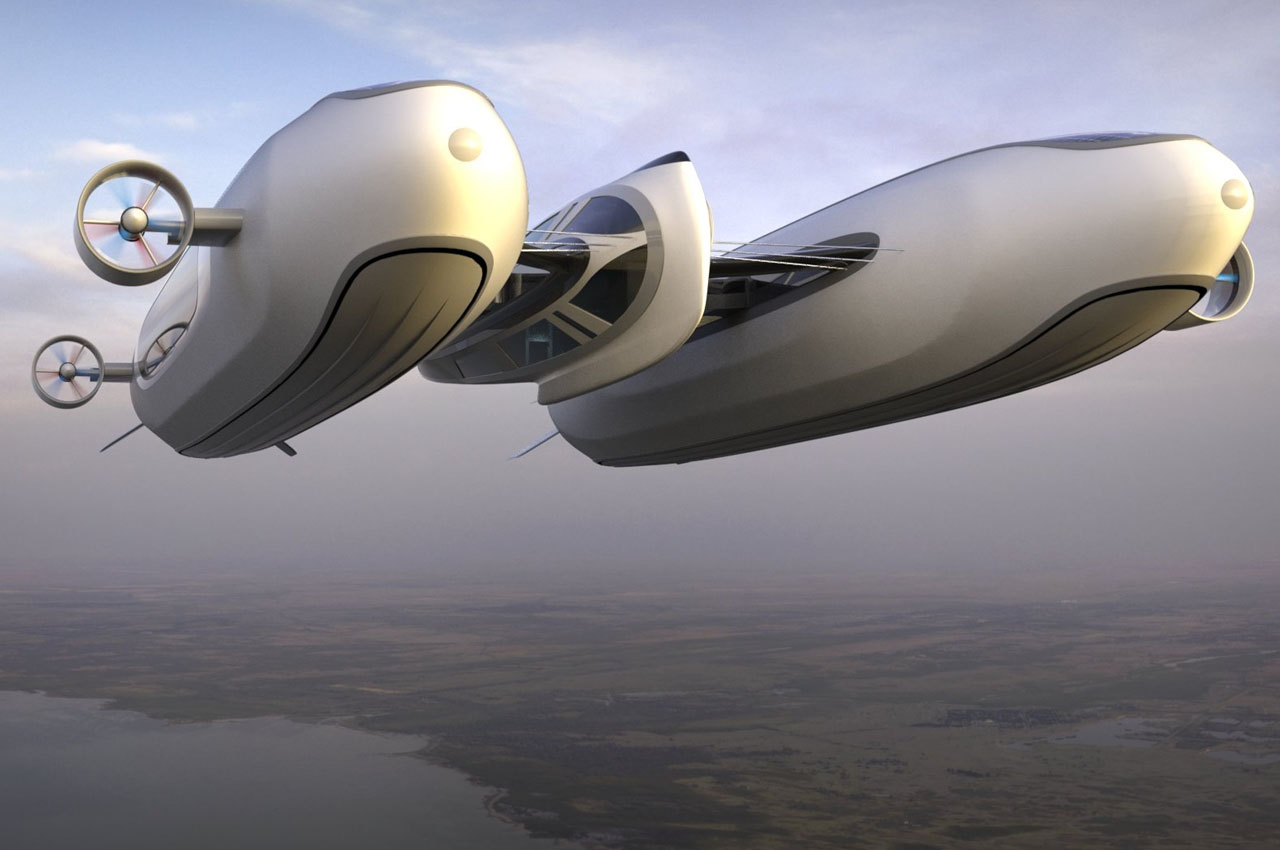 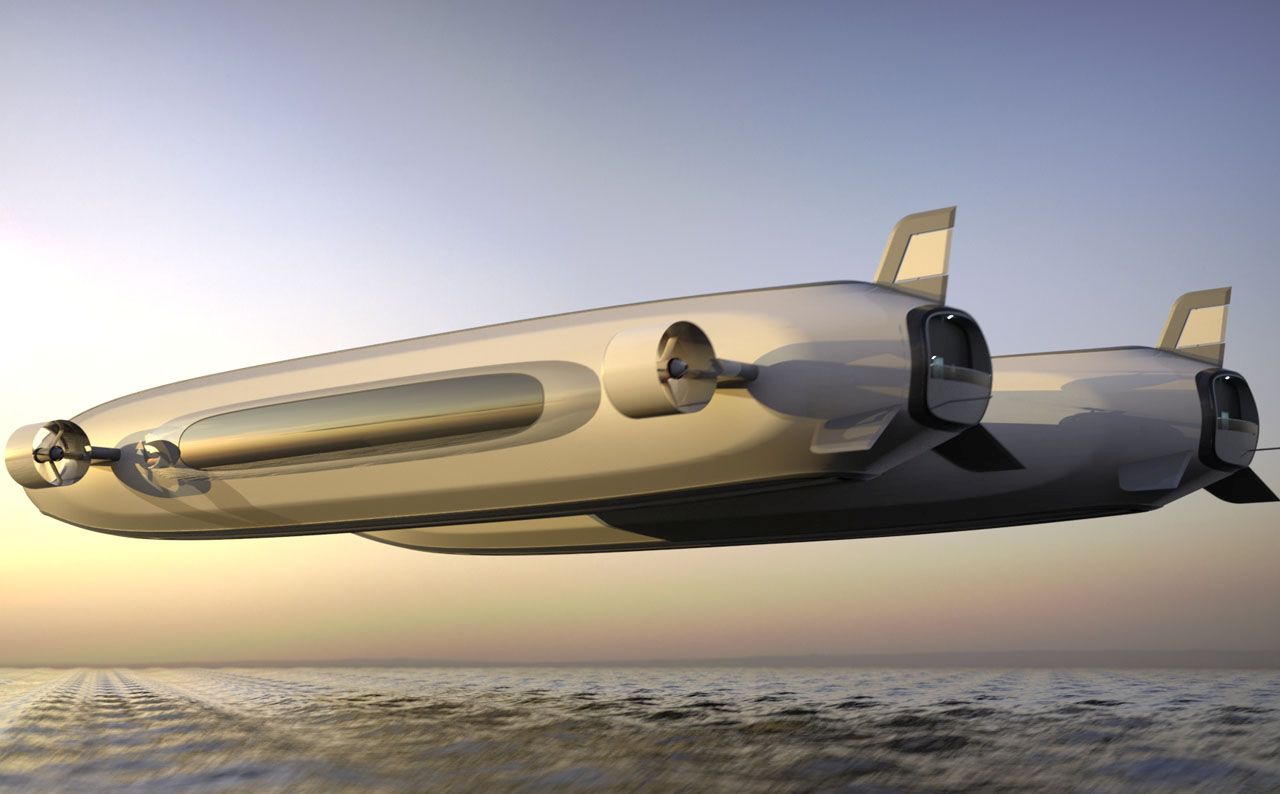 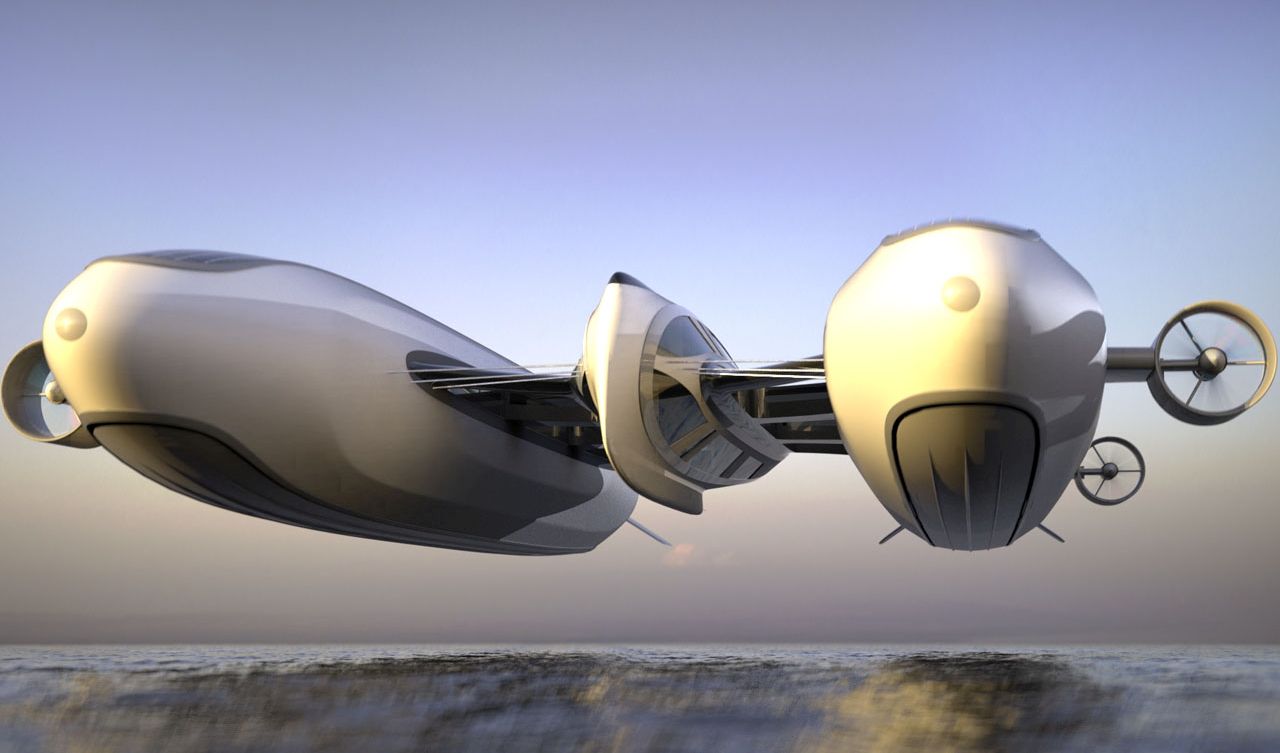 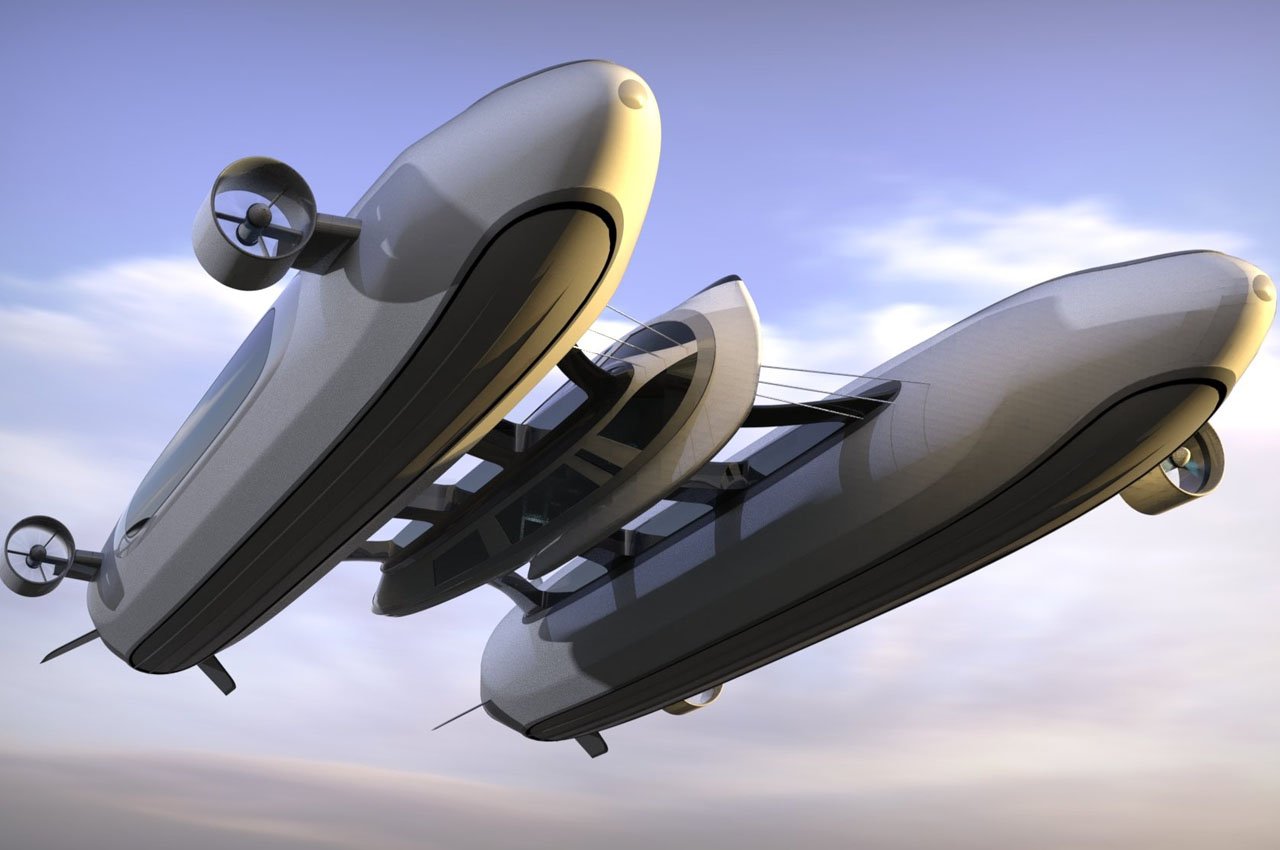