This tiny wireless engraving tool comes with 42 carving + polishing bits, making it more compact and affordable than a Dremel

The third in Arrowmax’s portable tool-set collection, the SGS PRO gives you a small, wireless rotary tool that lets you carve, engrave, grind, sand, and polish. It follows in the lines of its predecessors, the SES PRO (an electric screwdriver kit) and the SDS Pro (an electric drill-pen). Catering to a separate audience of creators and hobbyists, the SGS PRO is perfect for craftwork, whether you’re creating miniatures, jewels, prototypes, or even sculptures. 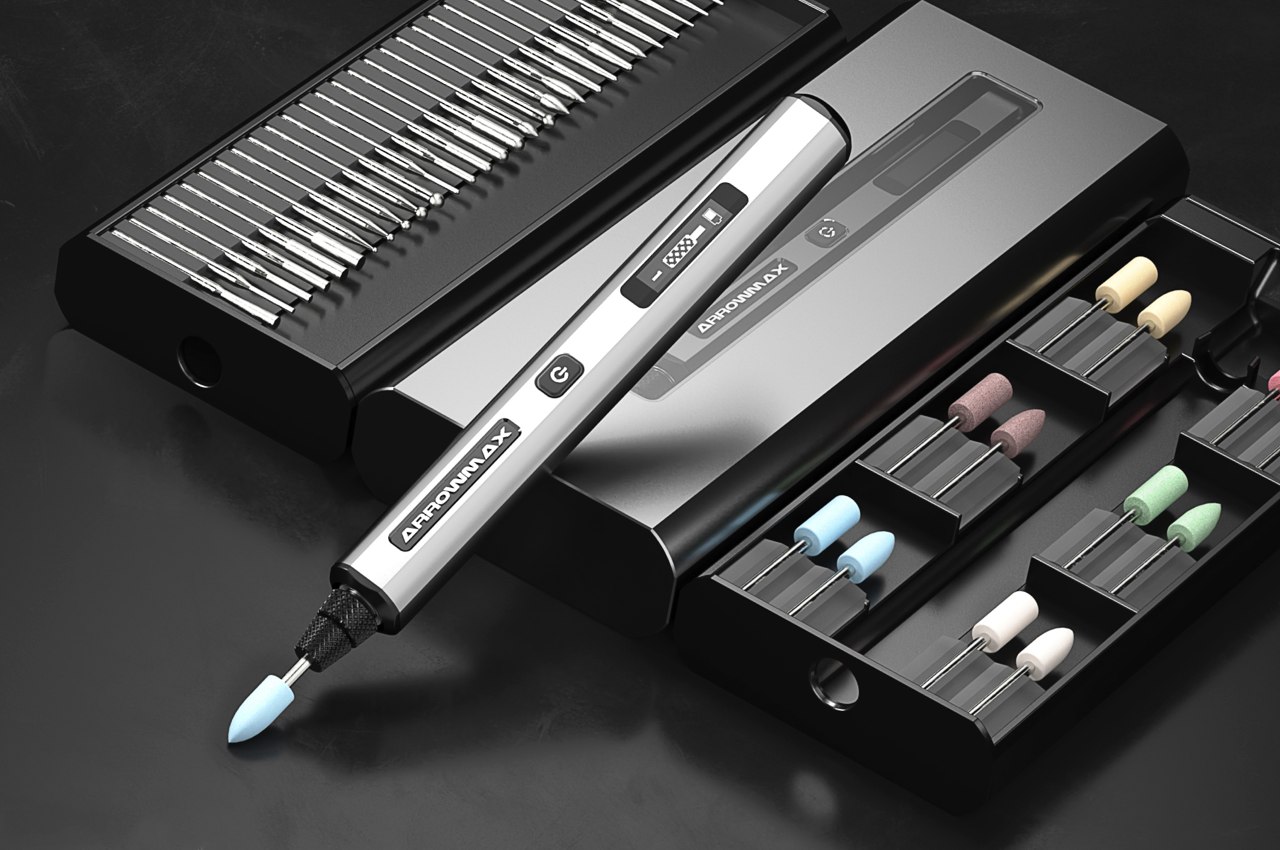 Building on the innovations of its predecessors, the SGS PRO comes with the same compact handheld pen-shaped design, and relies on a powerful internal motor, interchangeable modules, and a Smart Motion Control system that was also built into the SES PRO and SDS PRO. This SMC feature allows the tool to automatically adjust its torque, direction, and RPM to suit the material you’re working with. The device comes with a built-in battery, making it entirely wireless so you’re never tethered to a plug-point while working. Measuring about the same size as a fountain pen, it’s also much more compact than your average Dremel, giving you the freedom to easily carry the SGS PRO around with you and work on your projects practically anywhere you want. 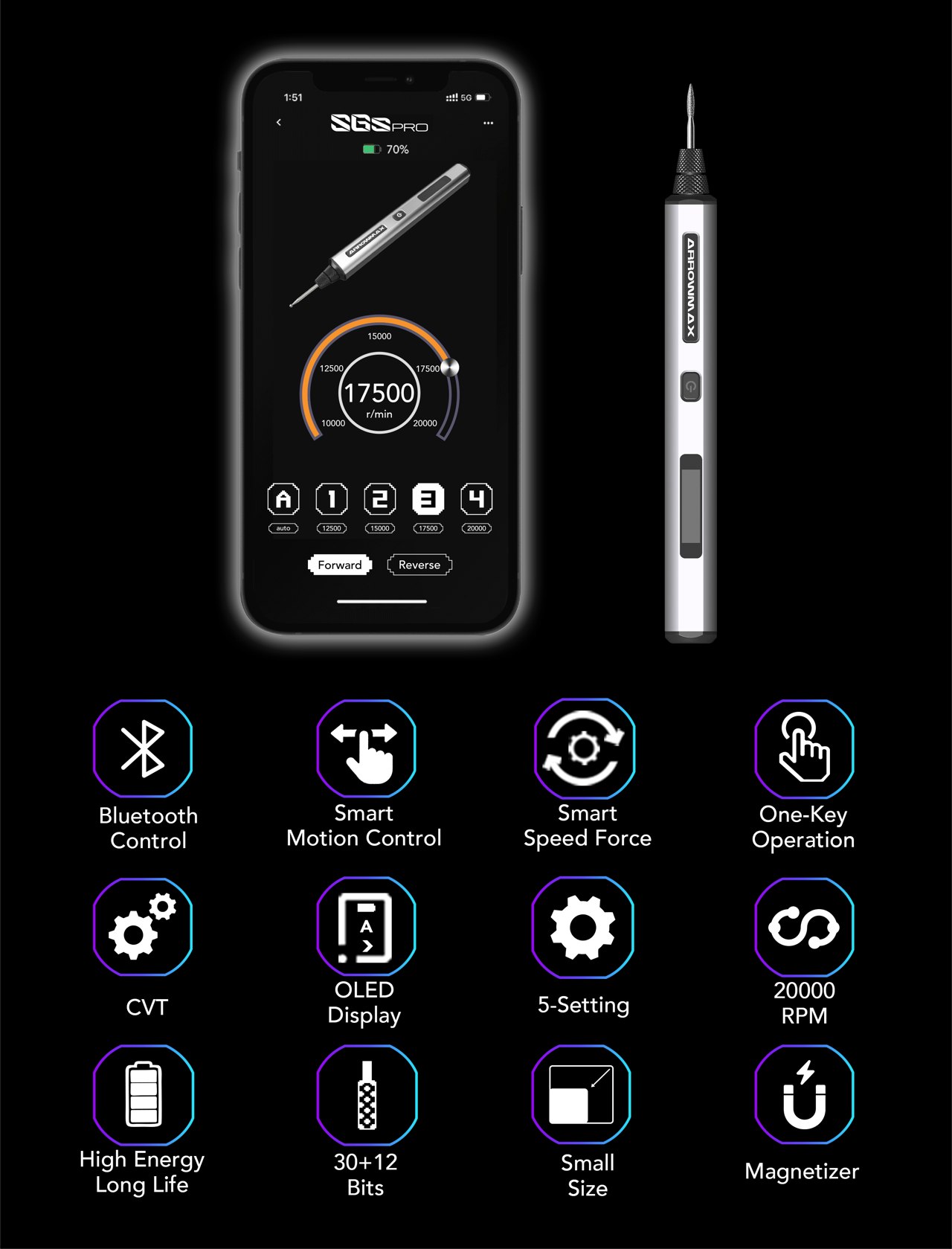 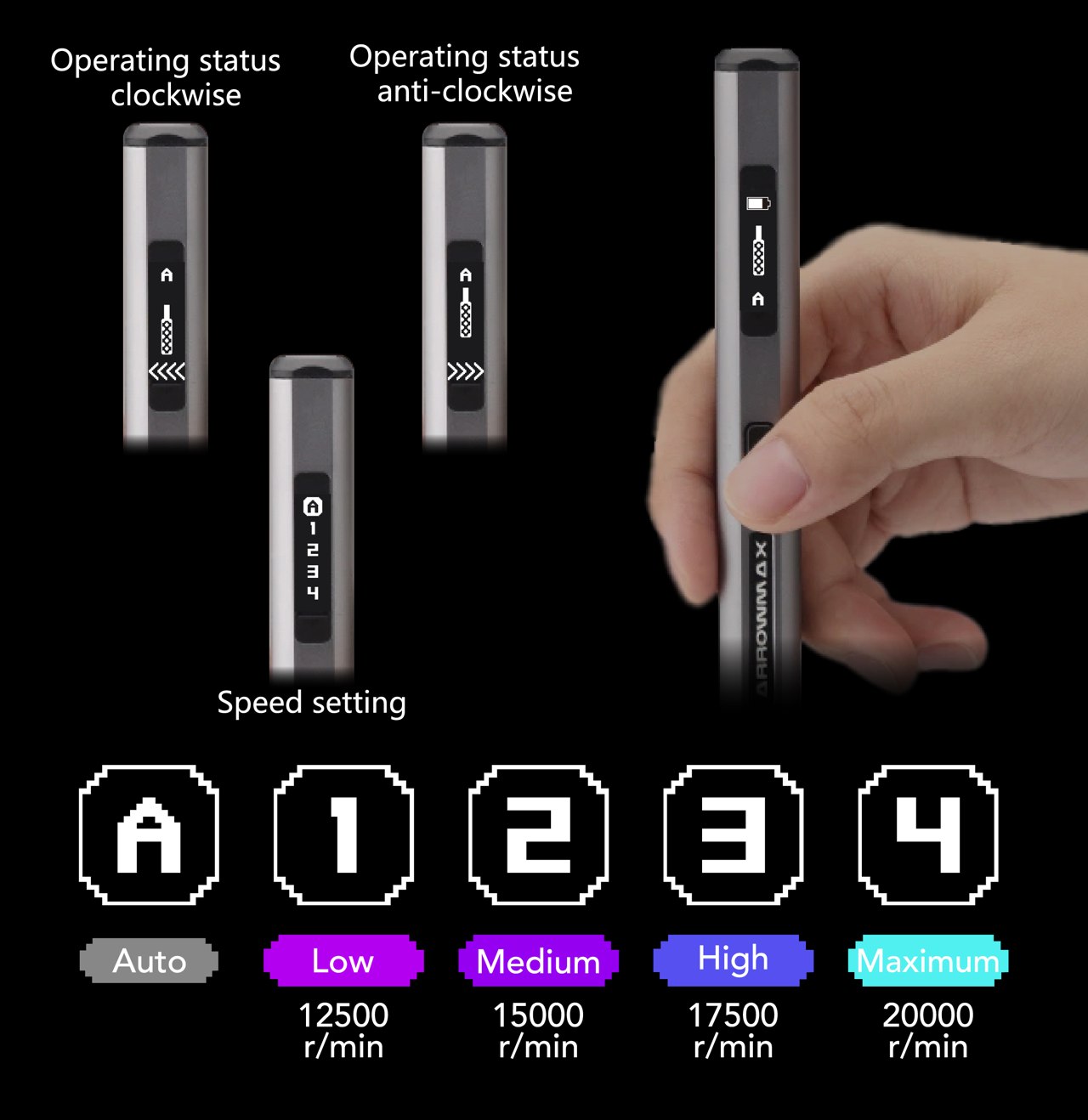 Designed to be like your own tiny handheld carving tool, the SGS PRO is the ideal pick for DIY work or even for more intricate art/design jobs, allowing you to work with materials like plastic, wood, stone, steel, aluminum, gold, glass, ceramics, and even crystals/minerals like jade. Sitting inside its aluminum body is the SGS PRO’s advanced 32-bit microprocessor which interfaces with its high-torque motor. The handheld device is rather compact and comes with a single OLED screen and a one-button interface that easily guides you through usage. The SGS PRO comes with 1 auto mode and 4 default speed modes, its lowest being at 10000 RPM, its highest at 20000 RPM, and an Automatic mode that lets the SGS PRO decide the best torque and RPM setting for your job. You can even fine-tune the speed and direction of every single mode via a smartphone app that’s available for Android and iOS. 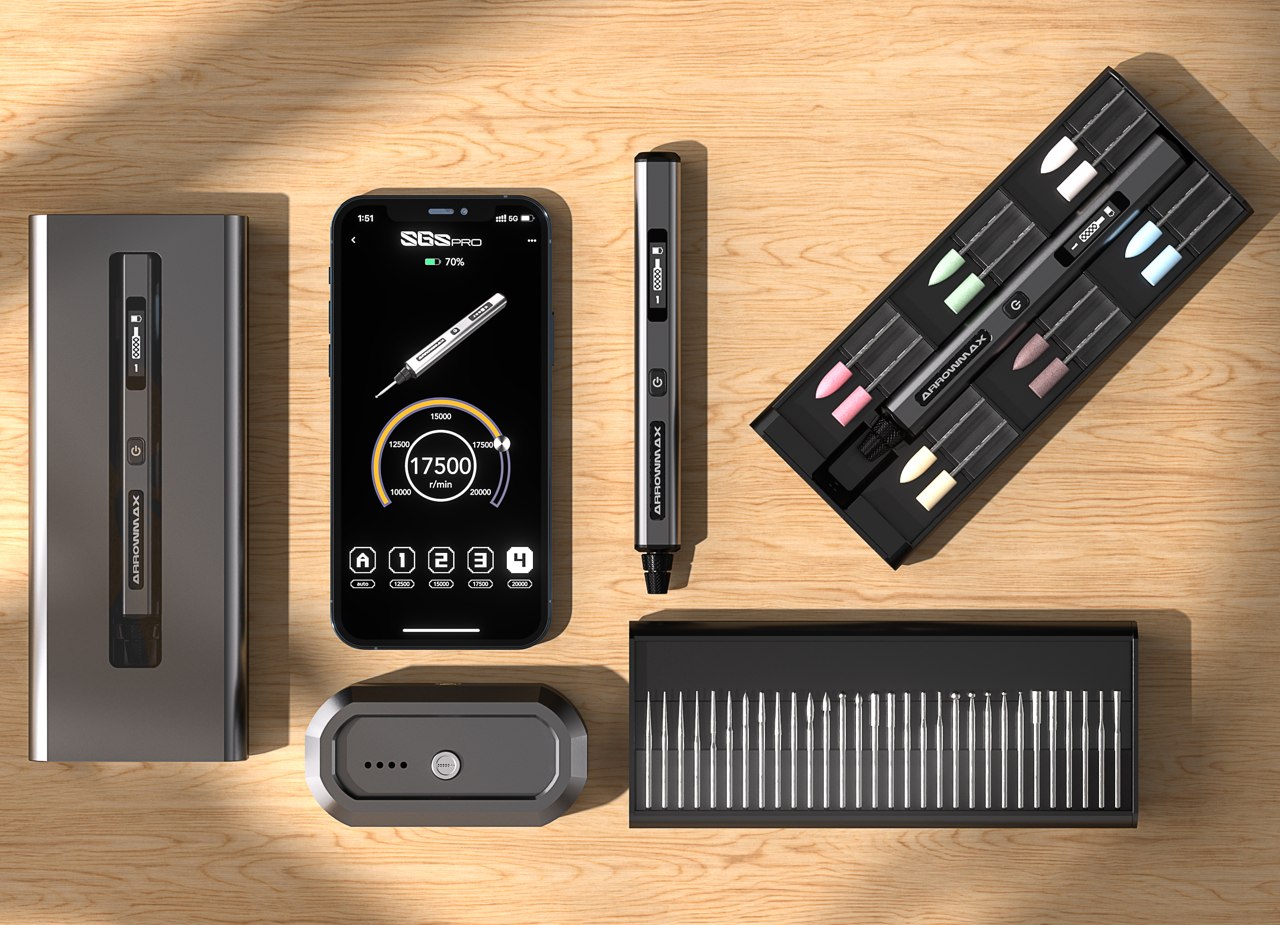 The customized modes are automatically saved to the SGS in a special profile you can access through the app. For times when you’re not really sure of which mode to go for, the Automatic Mode is a pretty great fall-back, since the SGS PRO expertly decides what RPM, torque, and rotation direction are best suited for the material you’re working with, thanks to its Smart Motion Control (SMC) feature. 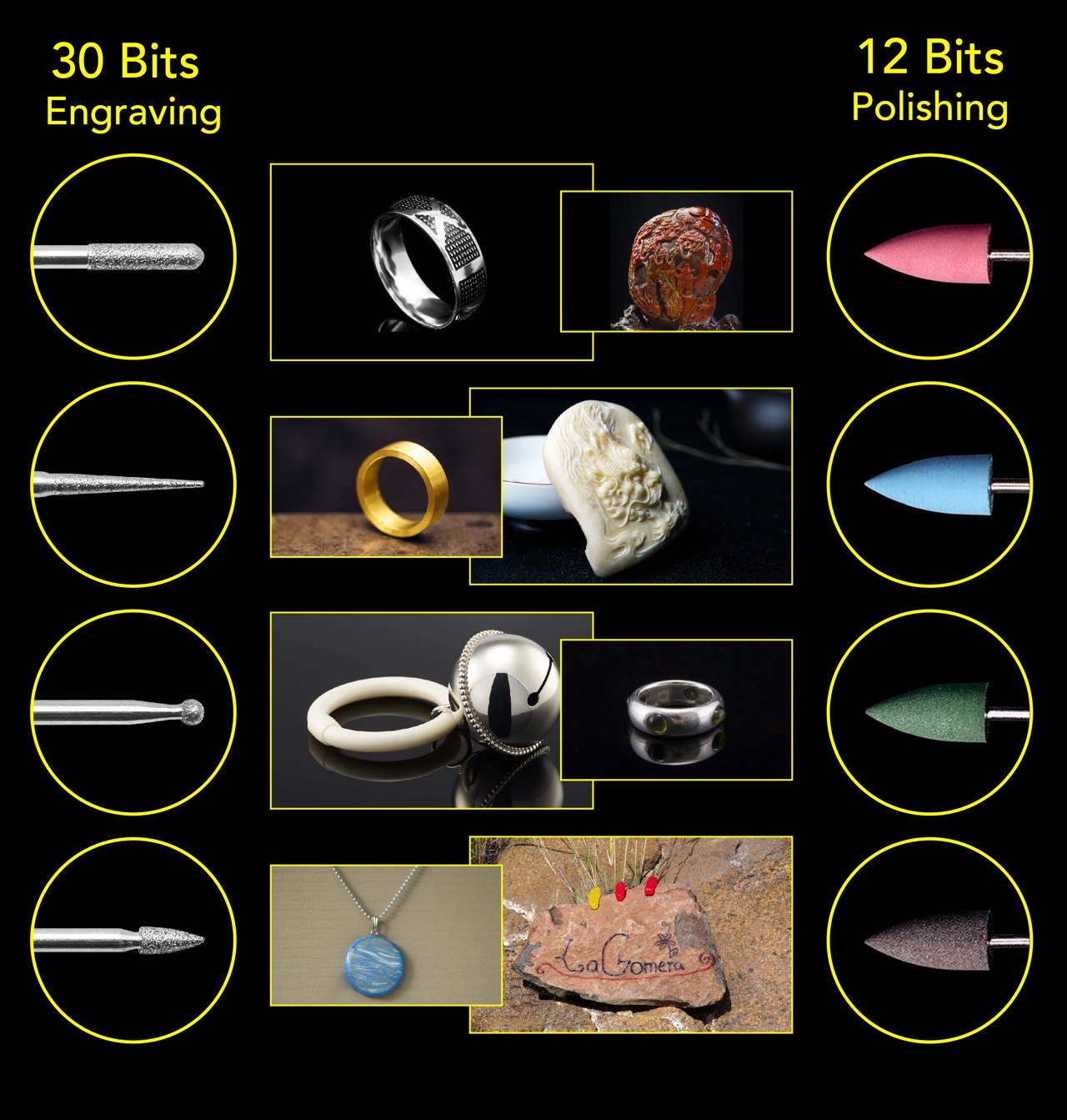 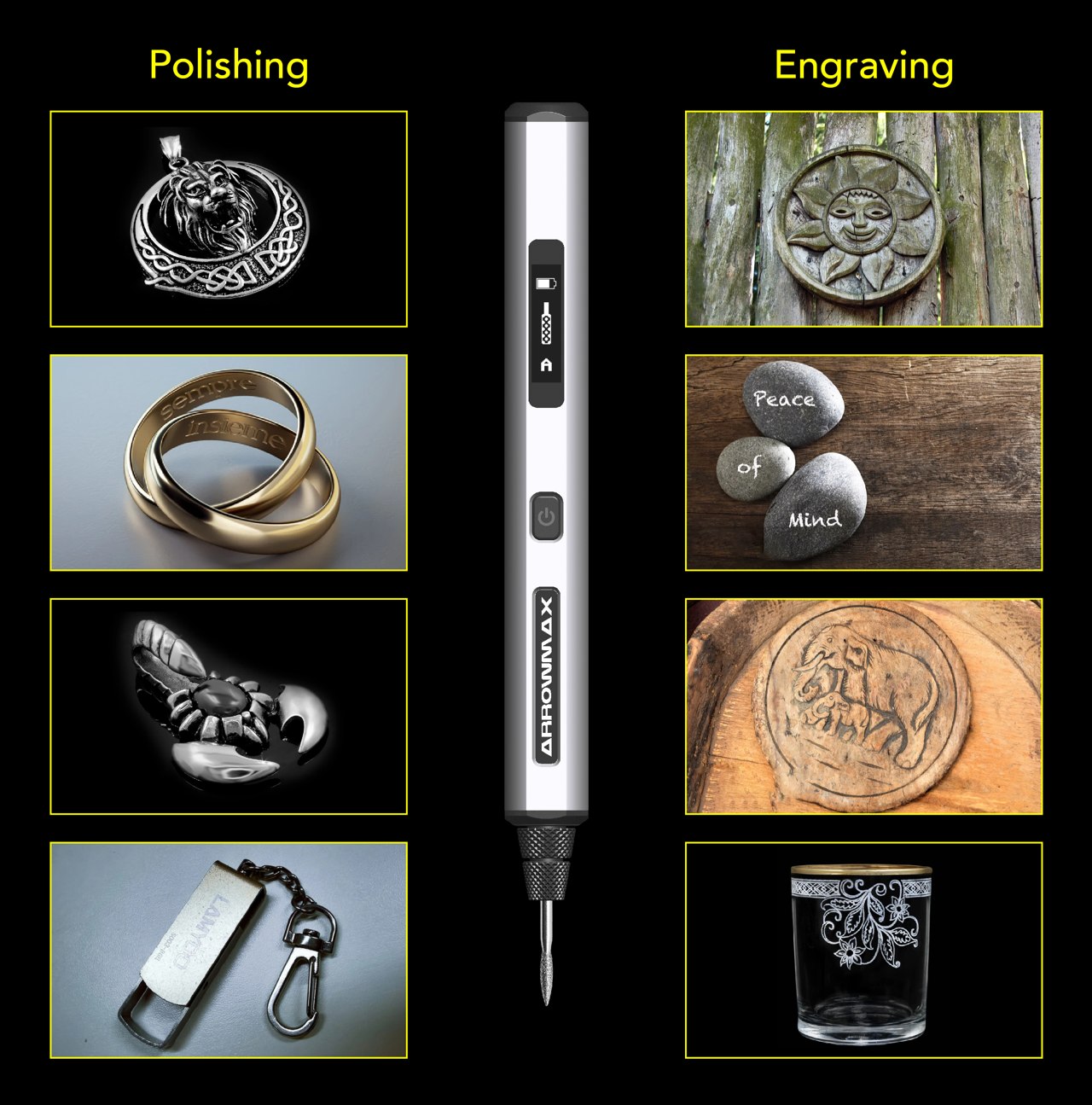 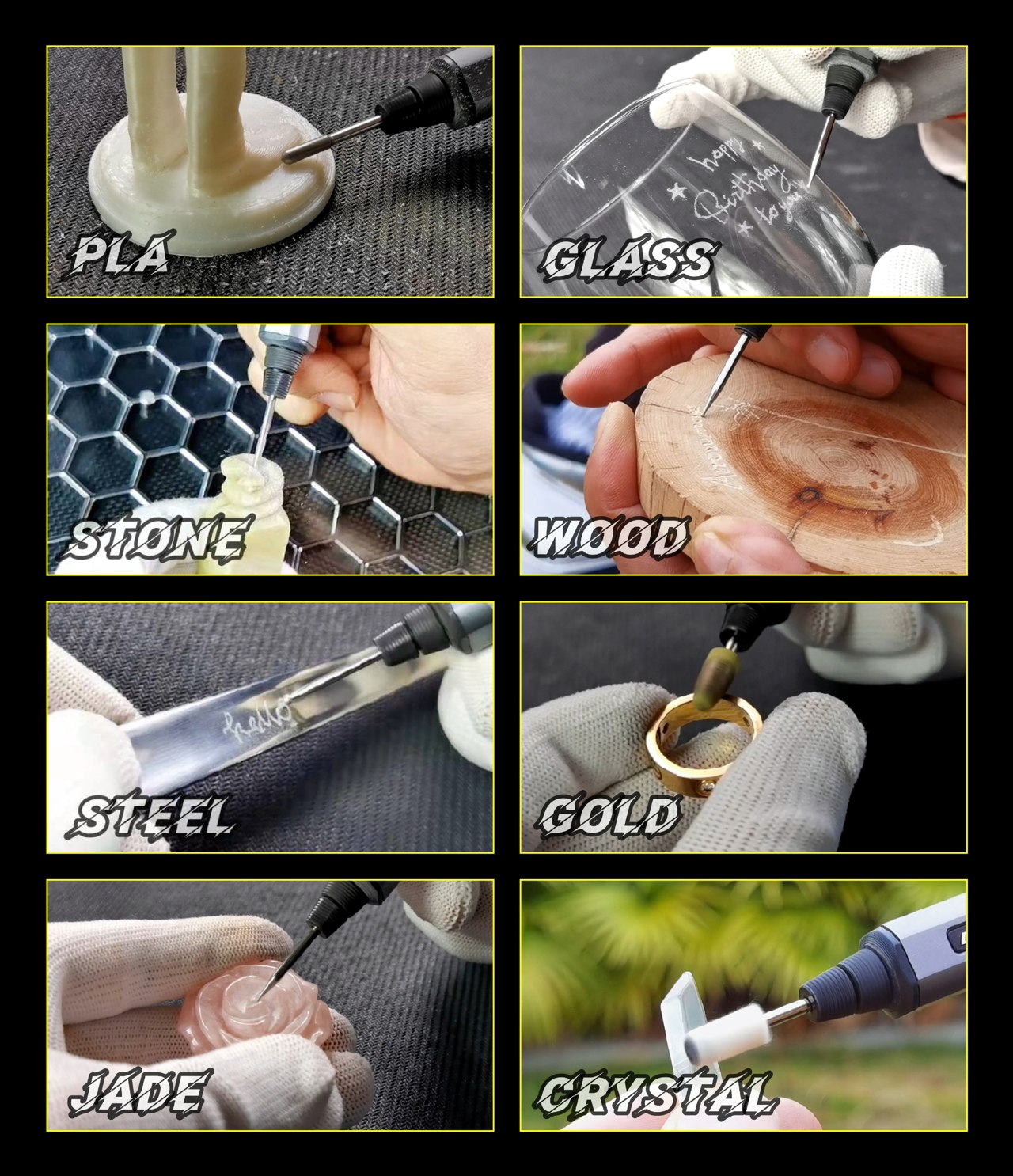 Each SGS PRO comes as a kit, along with an exhaustive collection of bits that fit right into the pen’s modular enclosure. The device comes along with an entire compact easy-to-carry kit, featuring 30 engraving bits and 12 polishing bits, all sitting inside their organizer trays for a nice space-saving experience. The electric engraving/polishing pen itself comes with a 500mAh high-performance lithium battery built-in, giving it up to 2 hours of use on a full charge. Additionally, if you upgrade to the Plus tier, Arrowmax even throws in a magnetic charging dock for your pen! 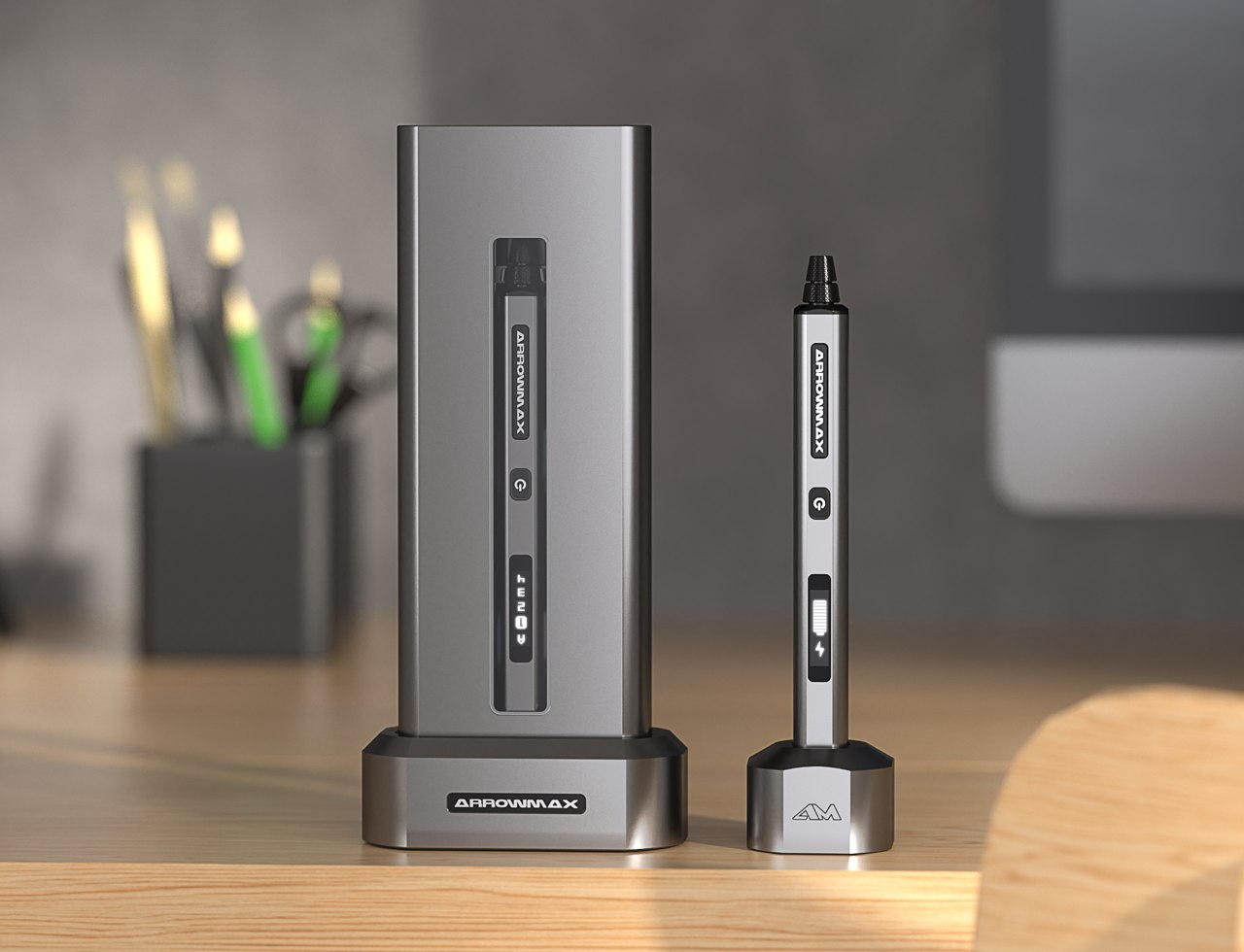 The SGS PRO is up for grabs on Kickstarter for an Early Bird price of $79, with the PRO PLUS costing $119. Production begins immediately after the campaign ends, with shipping happening as early as May 2022.

The post This tiny wireless engraving tool comes with 42 carving + polishing bits, making it more compact and affordable than a Dremel first appeared on Yanko Design.